Want to know which laptop brands are not made in China? And confused about whether it’s a Chinese or foreign brand. So, here I am to inform you everything about it.


Sometimes people don’t know exactly who made the laptops. Because it would have written Origin China on the package. As a result, people get into trouble.

So, I will explain everything about companies origin, manufacturing and other details.

Also, I will tell you about Indian laptop company like Coconics that are trying to make and expand fully made in India laptops manufacturing.

If you have any concern or question,  feel free to make comment. Also, only ask query if you read whole article because many people contact me by reading half info and later they understood everything when i suggest for reading whole article.

Best recommended made in India and Non – Chinese laptop that you can buy,

Let’s come to the point and know everything that you simply want,

1. Basic information about laptop brands not made in china:

But When you take a laptop online or offline, it says  made in China.


So, people get confused as to whether it was made by China or some other country.


So the question arise from it, are they made in China?

Before Going to explain anything first understand that above laptop companies has manufacturing plants around the world.  So, these companies made laptops in different countries according area of demand and market survey.

From this you will understand that laptops of any company are not only ‘Made in China’ but also made in other countries.

Admittedly, many companies are dependent on China for laptop manufacturing, but this does not mean that they do not make laptops in other countries.

The above companies often assemble in China or use some Chinese parts. This is why you see the Made in China tag on laptops.


On the other hand, keep in mind that their parts, laptops and much more are not just made in China. So, these companies manufactures parts or imports parts from different countries too.

So, china is the just another country like other countries that manufactures laptops for these companies.

Most importantly, I want clear, Assembly and manufacturing of laptops are two different things. The assembly consists of importing parts and joining them together. Sometimes the product is only assembled in China and so you see the Made in China tag according to some rules.

On the other hand, manufacturing includes designing, creating, and developing parts. To understand more, you need to know how and where these laptops are made?

2. Foreign Laptop brands: laptops made other than china

After covid-19 impact people are more often searching for Laptops not made in China 2020. So, here are some Non-Chinese laptop brands in India.

Apple is an American brand.

Apple is a well-known brand and quality is their first choice. Apple’s products are high cost but they provide you with the same product value.

Manufacturing and Assembly: Apple laptops are designed in the United States. It has manufacturing units in countries such as Mexico, Austin, china, Vietnam, India and many more.

Mainly, apple has three partners for contract manufacturing of devices – Foxconn, Wistron and Pegatron. This shows that Apple’s manufacturing presence is all over the world.

As a result, Apple needs to have a large production, supply chain, large infrastructure and labor to meet the market demand of products. For this, the ‘Apple’ company had focused on producing more in China. But now Apple has made a lot of changes in this.

Recently, the company has decided to bring out a lot of production from China and has also done some shifting.

Shifting out of China involves further devices such as iPad, iPhones and Homepod mini, etc. To know more, you can read my other article about apple by clicking here.

The design and construction of Asus laptops are different from others. It is the world no 1 Motherboard brand and gaming laptop as well.

Asus company was started in Taiwan and became famous all over the world from there.

Manufacturing and assembly: Asus laptops are manufactured in the next countries like Taiwan, Taipei, China, Mexico, Ostrava.

Microsoft is an American company. You will rarely find someone who has never heard about Microsoft.

Because Microsoft is a good company and has been working in this field for a long time.

Mostly they make laptops unique and advance. It is designed for business purposes, office stuff, workstations, and not for gaming.

Manufacturing and assembling: Initially they were manufacturing in the US and at the same time in China. But by the time Corona disease arrives, they accelerate efforts to shift their production from China to Southeast Asia.

You may have heard from the news that 30% of Microsoft and Dell’s production were to be moved out of China.

This production was shifted to other countries. Of course, Vietnam and Thailand factories will get benefit from this shift.

HP made in which country?

It is an American company. It has decent quality with Average popularity in the market.

Manufacturing and assembling: Parts of their laptops mostly manufactured in China. Similarly, Malaysia, Thailand, and Philippine also provide parts to them. These parts later assembled in the US or China and sold in the US and Asia.

Acer is a brand that gives value for money and good quality. Actually, acer laptops are available to you in many variants and with affordable price.

Manufacturing and assembling: It has manufacturing plants in the following countries like Xizhi, New Taipei, India (Pondicherry). Also, their main headquarters are in the U.S and Taiwan.

Dell is a well-known brand in the world of computer technology. Similarly, there is a huge market and demand for Dell laptops in India.

Most importantly, Dell continuously works on innovation and technology of laptops which makes them unique from others.

Dell headquarters are in U.S, Texas and Round Rock.

Samsung is leading brand in the world of electronics. In fact, Samsung’s name comes first in the smartphone industry because they have made so many innovative smartphones.

On the other hand, Samsung had started making laptops but the company did not pay much attention to it and decided not to produce laptops after 2014.

Although this is true, the company has recently launched the Samsung Galaxy Book go in 2021. All in all, it looks like Samsung is re-entering the laptop market.

Sony decided not to make laptops after 2014 due to poor sell. The company announced that its Japanese partner had bought the “Viao” division.

LG is known in the electronics industry as a quality brand.

They made laptops but not in wide ranges and varieties. On the other hand, they pay more attention to things like TV, fridge, washing machine and Ac.

What did you understand after reading?

Above all laptop brands are not made in china only. Yes, so many companies manufacture in china because of the availability of cheap and skilled infrastructure or work-face.

That’s the reason products of some brands labeled with tag ‘Made in China’. It just means that they assembled or manufactured in china.

Clearly, it does not mean that particular company is a Chinese.

Secondly, all above companies also have products range made other than china. Therefore, while buying such products you need figure out which are those products by yourself.

Now day’s foreign countries started shifting their production from China to India. Also, they want to start a manufacturing in India.

So lets hope these companies will manufacture more products in India.

I love writing about Indian brands instead of Chinese, seeing the changed behavior of China and the trouble it is causing to India.

Due to this behavior of China, Indian people now give priority to Indian goods as much as they can.

At the same time, the government is also helping the electronic industry by providing schemes.

Yes, it took time for India to get into this industry but it is important to start with anything. Hence, for now, leave old things.

So, let’s hope for a better future.

India is slowly making progress in the field of electronics. In India, the emphasis is being laid on the manufacture of electronic parts.

Actually, we don’t have so much Indian companies in the laptop category. Although, i have tried to mention all Indian laptop companies below.

Here are some laptop companies in India:

It is the first Indian company with OEM (original equipment manufacturer) and IoT (internet of things).


It has headquarters in Hyderabad. Additionally, have a service center in Pune.

It is an Indian company with the facility of OEM and ODM (original design manufacturer).


At the same time, the Coconics brand is quite popular in India. The company says it will initially target the educational and government sectors.

Coconics laptops are made at KELTRON center, Thiruvananthapuram, India.

Everyone in India knows about the Micromax brand. Initially, they were building laptops on a small budget and are still working for better user experience. But overall, Micromax is currently focusing on the smartphone industry and growing well.

As you may know, Micromax has re-entered the smartphone industry with the Made in India ‘IN smartphone’ series.

Therefor, Micromax does not have any a new laptop.

iBall is a Mumbai based company started in 2001. This company does not put much emphasis on laptops.

iBall is especially known for computer and their accessories. They make low budget laptops that students can use.

4. Best non – Chinese laptop that you can buy: 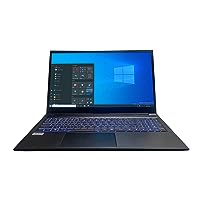 5. Conclusion on laptop not made in china:

As a result, consumers mistakenly buy products that they don’t want. Because of this, people indirectly buy Chinese products instead of Indian or foreign brands.

One thing to note is that China also imports parts and materials from many countries. I agree that China is ahead in manufacturing but if you want to expand Indian manufacturing, you need to buy Indian and non-Chinese brands more.

Don’t misunderstand any Indian or foreign brand as Chinese based on misinformation as it causes loss to our own companies.

Even after so much explanation, many people do not understand, so once again I say that the priority of buying products should always be as follows.

One last thing to note is that a company’s products can be Made in India, Made in China or Malaysia, Vietnam as they have manufacturing plants in different countries.

So be careful when you buy the product so that you get the product you want and do not blame anyone.

I have tried to tell you everything but you are able to make your own decision.

If you have something to say or ask, be sure to comment.