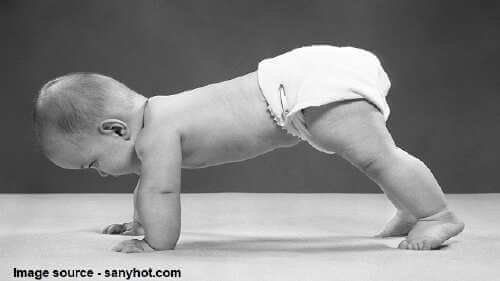 In the olden days, there was no concept of diapers, and nowadays, diapers are used everywhere. So many people need to know about the Invention of diapers. Mainly, we want to know when were diapers introduced in India?

At that time, when there were no diapers, the cloth was used to clean babies. People were using strategically warped & tightened clothes around their babies. In the late 1900s, the Invention of diapers began globally.

Our diaper market is mainly captured by global brands. We have Indian brands also like Nobel hygiene, Himalaya, champs, etc.

We have Indian brands that are doing great, but when are they invented in India?

To know more about diapers invention, i will try to cover all information regarding a question, when & how diapers are introduced in India?

Diapers you can buy:

1. Basic history about diaper introduction in the world: When were diapers introduced?

During the 1800s – During that time, people used cloth for children in foreign countries and our country too. Formerly, this cloth was used to wrap the children to protect the furniture and places in the house. After that, safety pins with fabric pieces were the choice for children, but they did not go well.

During the 1900s – the invention of the actual diaper started
The first disposable diaper was produced in Sweden in 1942. Simply, it was an absorbent pad with some pair of rubbers.

After a long time, they understood only disposal diapers couldn’t be a solution because, in 1990, they found disposal diaper wastage was around 1.6 % of municipal waste. That Cloth diapers were the reusable solution for it.

In 1961, pampers brand introduced diapers & captured the market within a short period.

In the 1990s – With the introduction of cloth diapers, some companies like Motherease started selling cloth diapers.

You can read full regarding it on realdiapers.org

2. When were diapers introduced in India?

What do we use before diapers in India? See, at that time, we did not have diapers, so we used cloth in place of diapers. If you are older, you may know how people use fabrics to clean children’s stools and urine.

Firstly, the world’s first diaper was invented in Sweden, then companies started coming to India in the 20th century.

Our diaper market was not more prominent in the initial days, but the Indian diaper market gradually boomed when a foreign brand entered our market.

In India, Snuggy is our first diaper brand in the market. Now currently, snuggy is the sub-brand of Nobel hygiene.

In 2006, when Pampers launched in India, the Indian market was worth only Rs 110.

As per recent reports, the value of the Indian diaper market has reached US$ 1.37 billion.

2.1 When was baby diapers invented in India?

Snuggy was the first diaper company who introduce diapers in the market as an Indian brand. This brand was launched in 1987. Snuggy was launched by shogun Diapers Company. 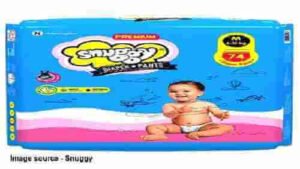 Later in 2003, Snuggy acquired by Godrej Company. Further, Nobel hygiene did deal with Godrej & owned snuggy from Godrej as Godrej wanted to hand it over.

Nobel hygiene is the largest Indian manufacturer of disposal products. As a result, Nobel hygiene expanded snuggy diapers 10 times better in the Indian market with their expertise.

like snuggy, we have other Indian diaper brands also.

I kept above all information short & simple. Therefore, I believe that you have got everything that you need.

Now you know when we’re diapers introduced in India? I have tried to keep the article simple, so you can understand it better. Although, if you want to ask anything or if you want to share any thoughts, let me know in the comment section.

I frequently write such articles to explore unanswered questions. As a writer, I will be happy to provide you more information like this. Stay tuned.