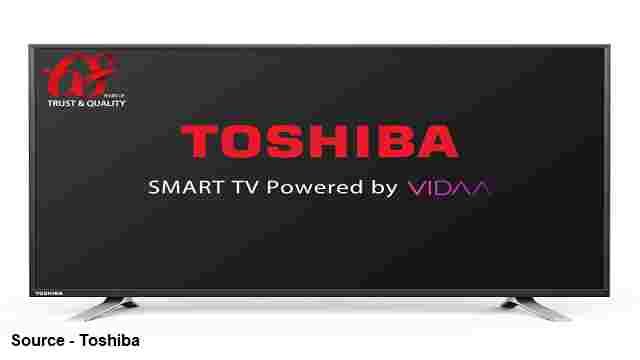 We have well known Home appliances and TV brands like Toshiba. In fact, some of us currently use them. However, we are unaware of Toshiba manufacturing, which is why we have a question; Toshiba tv made in which country?

In India, Toshiba recently exited their TV business; however, B2B is still active there. Because of some issues, Toshiba also exited the laptop business.

After exiting the TV business in India, Toshiba was looking for ways to market its consumer products by collaborating with an Indian company. Toshiba exited tv business that does mean you will not get Toshiba tv in market. To be clear, they are selling TVs, but by giving rights to another company, Toshiba’s TV business is now being run by that company under a license arrangement.

In recent time, Toshiba launched new TV models in India. Currently, Toshiba is popular and well known for its consumer and electronic products. Toshiba manufactures a variety of products, from television to other consumer products. To produce these products, Toshiba operates manufacturing plants in a few different countries.

So people ask the following question: Where are Toshiba products made?

Specifically, you came here to know, “Toshiba TV made in which country?” because you are interested in TV segment information.

Buy the best tv of Toshiba:

Toshiba tv made in which country? Who manufactures Toshiba TV?

Being a multinational brand, Toshiba TVs are manufactured worldwide and now mostly it’s manufactured by Hisense, as per new agreement done between two companies in 2017. So Toshiba TVs are manufactured/made in countries such as china, Egypt, Poland, Taiwan, Malaysia and Mexico but it depends on particular production partner. Since 2015, Toshiba has made several of adjustment to its TV manufacturing by granting licenses or rights to other firms. Particularly for TV production, Toshiba took a decision to make a deal with Hisense for Toshiba TV business. Hence, it might be surprising or confusing for you to find, who manufactures Toshiba TV?

As part of a 2017 deal signed between Toshiba and Hisense, the Chinese manufacturer Hisense currently handles the majority of television manufacturing business of Toshiba. Toshiba TV business was started in Japan and they made the first tv in manufacturing plant of Japan. Furthermore, Toshiba Company expanded its manufacturing in Asian, European and other countries and effectively built a strong production base. However, Toshiba made certain changes to Tv manufacturing segment as result of few problems. As per the nikkie news, Toshiba decided to sell its television division to Hisense, a Chinese group.

Before the deal, Toshiba TV business has multiple manufacturers in several countries. For instance, take Toshiba Tv unit in the U.S. Through its own television production facility in U.S, Toshiba utilized it to meet the American market demand for TVs. Later, as the competition increased a lot and the business was not profitable to some extent, they decided to stop it and give the license to other firm. As per news report, in 2015, Toshiba given License to Compal, Taiwan-based Electronics Company.

Two facilities, particularly those in Mexico and Turkey, are currently able to provide the TV requirements for the two markets Canada and America, after shutting down of Toshiba’s American plant. Similarly, the Indonesian plant was also handover to the Skyworth. On the ‘Toshiba global’ official site, they announced about the deal of selling its TV plant to china-based Skyworth. 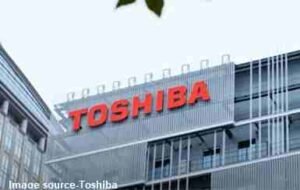 Recently, with make in India initiative, Hisense entered with some new model of Toshiba TVs. Hisense opted to open a new plant in India in addition to its industrial forefront in 14 other countries.

So it’s very difficult for anyone to find Toshiba tv manufacturer and to do so you need to look product details carefully. Not only Toshiba but there are many brands that do the same changes in manufacturing and its production as per their needs. These are necessities for any company if it wants to conduct sustainable operations.

It’s all about manufacturing and information about Toshiba. Above all, information combinedly written for TVs. So, we also covered the following questions in the above topic, Toshiba led tv made in which country? Toshiba tv manufacturer country?

No, Toshiba is not an Indian company but a Japanese corporation. ‘Toshiba india’ is a subsidiary brand of Toshiba, a multinational corporation of Japan. During the years 1960-80, Toshiba entered India and built relationships with businesses in India and it was time where Toshiba’s journey began in India. The Toshiba subsidiary, Toshiba India private limited, was established in 2001.

Is Toshiba TV made in India?

After acquiring a TV division of Toshiba, Hisense, a Chinese manufacturer, reentered in an Indian market with Toshiba tvs on September 18, 2020. With the make in India initiative, a new range of Toshiba tvs launched by Hisense that acquired Toshiba visual solutions in 2017. Further, Hisense made an announcement about a new line of TVs made in India in 2020.

Hisense, a Chinese company currently runs the only television subsidiary of Toshiba, a multinational corporation based in Japan. Therefore, Toshiba is not a Chinese company but rather Japan’s leading producer of electronic, electrical, industrial, and consumer products. Yes, as per agreement done in 2017, manufacturing, sale and services of Toshiba TV controlled or operated by Hisense but that does not make Toshiba a Chinese company. 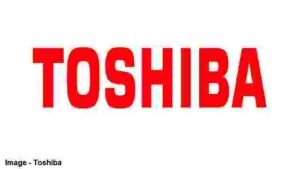 Headquartered in Tokyo, Toshiba is a Japanese company. From Minato, Tokyo, Toshiba started its journey toward becoming the oldest and largest corporation in 1875. Toshiba offers a wide range of products. Because of this, especially in the electronic industry, we have a large Toshiba product list.

Toshiba tv is a good company?

Toshiba has been in the TV space for many years and since taking over the TV division from Toshiba, Hisense has launched TVs with new technologies and advanced ventures. According to Toshiba, they have a strong network of over 450 service centers in India. To eliminate uncertainty in resolving client difficulties, Toshiba has well-distributed services across India that take cares of it.

It implies that consumers won’t experience any issues with customer services or after-sale services. No doubt, Toshiba TV is a good company. However, it can be varied from person to person because everyone has different choice and buying point of view related to features, looks, price, etc.

If you are living in rural areas, please check out Toshiba services near you.

So, click here to check the price or Buy Toshiba TV from amazon.

I tried my best to tell everything that you need. Hopefully, I was able to cover all of your queries on Toshiba TV made in which country?

It might be difficult to determine products’ origin and its manufacturing places. It occurs when a business makes a number of modifications or adjustments to improve workflow or better customer experience.

As a consumer, you have to find information by yourself and select a particular product as per your requirements.