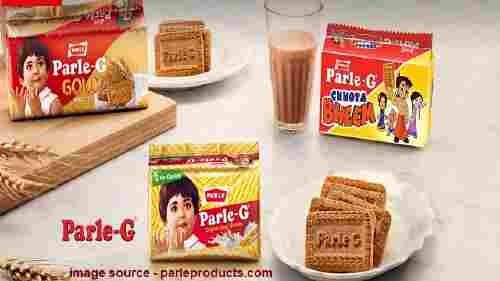 Parle G is from which country? Apart from this question, the name parle-g is well known for us.

Almost all of us have eaten Parle biscuits at least once. For us, Parle is not just a biscuit brand but like a kind of feeling in everyone’s heart.

Majorly, middle class people will understand that why I’m saying Parle is not just a brand for us.

The reason why I call this brand as feeling is because some people have childhood memories, memories of the happiness on the faces of children in the house when some people used to bring Parle from work and some have memories of buying Parle biscuits due to lack of money.

From the beginning, Parle g has kept the price of biscuits which people can easily buy. As a result, Parle G has always been a price sensitive brand in the market.

Despite being such popular & household brand in India, some consumers are unaware about Parle company information.

Contents
1. Parle G is from which country?
Parle beverages:
2. Does Parle own thumbs up? Why did Parle sell Thumbs Up to Coca-Cola?
2.1 Who is CEO of Parle? Which company owns Parle-G? parle G belongs to which country?
3. Parle products – parle G biscuit & parle agro developments & innovation:

1. Parle G is from which country?

Parle is the first Indian-owned confectionary brand in the country. Mumbai-based ‘House of parle’ was founded by Mohanlal Dayal Chouhan in 1928. At that time there was a movement to focus on creating swadeshi products and through that moment, Mohanlal Dayal was inspired to establish Parle.

Parle brand initially used to make Orange candy and after about 10 years started making Gluco biscuits. The Vijay Chauhan & family are the owners of parle G.

The journey began with a factory in Vile parle, a suburban of Mumbai that also gave the brand its name. Based in vile parle, the brand was started with just 12 people and at that time Chauhan’s family members were working in different capacities (managers, engineers, and confectionery makers).

As I said, Biscuit wasn’t the first product of Parle. The Gluco Biscuits from which you know the Parle brand, that product was made 10 years after the first one. Therefore, we can say that the real journey of Parle Company started with its parle-G gluco biscuit in 1939.

Parle made a biscuit at an affordable price by aiming at the common people. They made biscuits not only affordable but also with good ingredients, taste & quality. As a result, Parle G made in India biscuits got quick popularity & generated a large consumer base within a small period.

After being a Biscuit brand, parle also moved to another product category i.e beverages. Parle agro Pvt Ltd is the beverages segment of the parle products. In 1985, Frooti was launched by parle agro & it became the most successful product in a soft drink.

Parle entered in beverage category with thumps up cold rink also. Now the question is why coca-cola is the parent company of thumps up? Let’s know this in the next question

2. Does Parle own thumbs up? Why did Parle sell Thumbs Up to Coca-Cola?

Thumps up was owned by coca-cola in 1993. It was Indian brand that sold to coca cola for $ 60 million approx.

As I said above parle entered in beverage market in 1977 with thumps up, limca brand. This flagship beverage thumps up launched by Ramesh chauhan with the help of brother prakash chauhan & parle CEO bhanu vakil.

Parle sold thumpsup – According company official, at that time, it was simple business strategy because they were working on franchise system & had many critics. At the same time, some franchise owners showed interest of collaboration with coca cola as they re-entered in market. On the other, they want to focus on bottled water business. That’s why chauhan decided to maintain top position in bottled business.

You can read more about it on, Thehindustanessline.com

2.1 Who is CEO of Parle? Which company owns Parle-G? parle G belongs to which country?

Parle G is one of the products of parle Products Company, Indian multinational food & beverages processing company. The Parle G Gluco biscuit – It’s not just a biscuit, we can say it’s the identity product of parle.

The simple answer to your question, Parle g is from which country?
Parle G Company belongs to the country India. Parle is a multinational & popular Mumbai-based brand.

Parle exports biscuits to foreign countries also. Therefore, Parle biscuits are not limited to the only Indian market.

As we know, Parle has been making gluco biscuits in an affordable price range since 1939. That’s why parle biscuit is one of the most selling biscuits in the world & India.

Also, Parle was the first introducer of the tetra pack in India. Also, they had launched Appy fizz, India’s first apple juice drink.

In 2020, parle added a new drink B-Fizz to its beverage portfolio. This unique and refreshing beverage with apple juice will suit consumers of all ages and is set to revolutionize their taste experience.

4. Conclusion on Parle – Proud brand of our country

Parle is one such biscuit that has created memories in each of our lives in different ways. Every one of us has eaten it and this brand is like a member of everyone’s house.

We have lots of childhood memories with Parle. Specially, at that time, we loved the gluco biscuit & kismi candy of Parle so much.

Well, Its all about Parle & its products. I have given almost every information that you need.