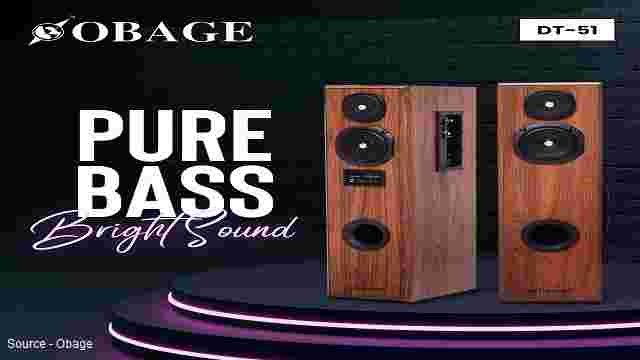 Most people do not know whether obage is an Indian, Chinese or foreign brand. So people ask the next question, obage is from which country?

Obage is one of the leading brands who started small but today this company works in a good way. Many of us may not hear about Obage Company but it’s actually trying best to provide you with better products.

We have seen from last year, people are keen for buying Indian made or made in India products because of raised tensions between India-china. Some consumers are interested in buying Indian products but we didn’t have so many options in every product category.

It happens because Indian companies were not focusing on manufacturing products in India. But now things have changed.

Small-big no matter companies are developing manufacturing units, R&D, and products. We need to understand that they have changed their mindset about just importing and selling products in India.

It’s not one day or night process. So it will take a time to make most of the products or materials in India.

However, when we see companies like obage that make speakers and home theaters by using the Indian parts or made in India parts then as consumers we got happy.

So let see information on obage such as obage origin country, obage which country brand, Obage products and many more.

Best Obage home theater and speakers you can buy:

1. Obage is from which country? / Is Obage an Indian company?

Obage is an Indian company that started in 2018. Ankit and Ankur Oberai are the founders of obage brand. It’s Delhi based brand.

However, the Obage trademark was filed by Ankit Oberoi. Before starting the obage brand, both brothers were working in different fields.

Although Ankur initially worked in the IT field, he loved the tech field and music. Similarly, his brother was also a music lover despite working in the financing sector.

Going forward, in 2011, both decided to quit their jobs and began to venture into the field of electronics.

For the next two years, they had to face many challenges. At the same time, there were some ups and downs financially.

After looking at the speakers and music systems in the market, they realized that affordable high-quality speakers are in short supply in the market.

Rather than saying short supply, it would be more accurate to say that speakers are not according to the customer’s demand, the customer did not feel satisfied or there was no advanced type of speakers available at reasonable rate.

They both knew that there were other big brands but they realized that there was a lack of an affordable price segment quality brand.

Hence they decided to enter the market with their own brand ‘obage’. Not only that, they started making their speaker systems in-house.

It means despite being small, obage company emphasis and aiming to manufacture products in India rather just importing from china.

Obage has a manufacturing unit in Delhi where the speaker’s system and its component are manufactured.

Therefore, straight answer to your question, obage is from which country?

Obage Company belongs to India and not China.

1.1 Is obage an Indian company?

Obage is an Indian company that started in 2018. The obage company was launched by Ankit and Ankur Oberai in Delhi. The obage brand established in Delhi and a different journey started from Delhi as an Indian brand. Most importantly, obage has a manufacturing unit in Kanpur.

So, obage is an Indian leading, growing, and innovative brand that currently makes speakers and sound systems with an affordable price range.

2. Where Obage home theater and speakers are made? or Obage products made in which country?

The company makes 95% of its Components in India. In it, only pre-amplifiers are taken from outside i.e. from China.

You can understand from the next statement given by Ankur Oberai in Yourstory,

Today, 95 percent of the components of the product are made in India. “Our prime purpose is to give the best sound experience to customers,” he adds.

Now you can understand everything from this official statement.

From the very beginning, Obage has been emphasizing manufacturing in India. We often see that even big companies do not make all the parts in India, but even though it is a small company, it puts a lot of effort into making parts in India.

Unlike other brands, the company prefers to make its products without being dependent on others. This is one of the great reasons for Indian consumers to love the obage brand.

The benefits of this came to Obage after a 50% increase in sales in a single month in 2020.

Similarly, the Indian brand got more of a push when the boycott Chinese campaign was refreshed, with the bad effects of Covid and increased tensions on the China-India border.

So Obage home theaters, sound systems, and speakers are made in India.

Without giving any second thought, I can assure you obage is a good brand. Not only me but other consumers are also happy with the obage sound systems. You can also check reviews on an online platform.

You will find good and positive reviews on obage products. Why do people like obage sound systems? Let see some good things about obage.

Last but not least, the company aims to provide cutting-edge products with superb quality at the best price.

Additionally, In-house R&D and Manufacturing capabilities make them more comfortable to work on innovation, design, and quality of a product.

They believe in providing an experience of sound that means the feel of sound or music rather than just listening to music.

4. Conclusion on obage is from which country?

Now it’s clear that obage is an Indian company. I just cleared everything related to obage origin country and products.

Indian consumers always find such brand that provides real made in India products. Because mostly we just get made in India tag on products but we can’t say how many Indian parts are used in it.

However, Obage has been creating a difference by providing value to the customers through made in India products.

So I tried my best to inform you of all the things about Obage Company.

Although, if you have any more doubts or queries then feel free to ask in the comment section.