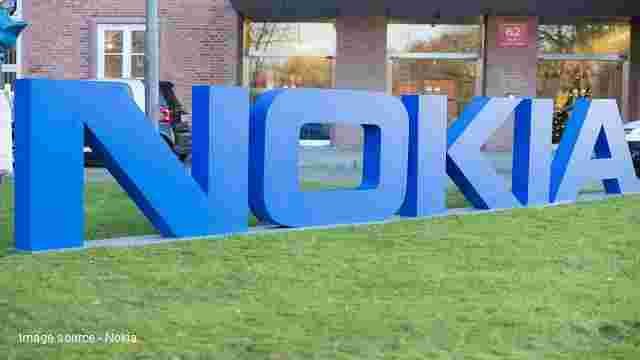 Almost everyone knows the Nokia brand and its products but most of us don’t know, Nokia Company belongs to which country?

Nokia was first buying priority products and had another level of a fan base. But Nokia never got quickly updated with market needs means android software and Because of that Nokia failed to maintain its position in the market.

But again, Nokia has come up with affordable Android phones. As mentioned earlier, this company is trying to regain its position.

Currently, HMD Global is leading the company in the right direction, and to some extent; it is getting a good response from the people.

Mostly people ask questions or doubts related to Nokia such as Nokia origin country, global/ Indian manufacturing of Nokia, and developments in the Smartphone industry.

Most importantly, it supports make in India initiative, and from that Indian economy gets some benefits from it.

Hence, in this article, I will try to inform you everything about Nokia Company. I have tried my best to explain or cover almost all the points in the article.

Although, if you remained with any doubt even after reading the entire article then feel free to ask me in comment section.

1. Nokia Company belongs to which country?

Nokia is a Finland-born Multinational Corporation. It was one of the early companies to explore cellular network systems. It’s headquartered in Espoo, Finland.

Nokia initially operated various industries, including cables, paper products, tires, and televisions. But later, it turned into more telecommunication-oriented during the early 90s.

Nokia plays a significant role in the worldwide telecommunication market by offering its products in more than 150 countries. Its annual revenue is more than $30 billion. 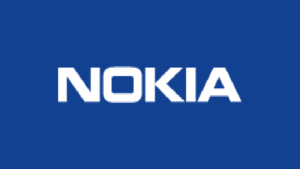 Nokia was initially established as a small forestry company in 1865. In 1871 with the help of Leo Mechelin, the pulp mill was transformed into a shared company called Nokia ab.

The name of the river inspired them to name it Nokia ab. Nokia achieves sustainable growth and stability in its business by introducing some own innovative methods of paper production. By the end of the century, the Nokia ab has become a successful paper and cardboard producer in Finland.

Nokia became more global as they exported their paper products to Russia, Great Britain, France, and China. Even though Finland was not directly involved in the world war, the closing of foreign markets and the oil crisis caused strong negative impacts on the economy.

In 1964 with the collaboration of Salora oy, a Finnish electronics company, Nokia developed the first commercially available mobile network in Finland. After this innovation, the emergence of Nokia electronics started.

By the time of 1998, Nokia became the world leader in the mobile phones market. For more details, you can read business–standard report.

1.1.2 Current developments in the early 21 century:

2003- Nokia launched the N- Gage; a mobile phone with a handheld game system

2007- Nokia recognized as the 5th most valued brand in the world.

Afterward, Nokia developed the Symbian OS powered mobile phones with expanded capabilities. But Nokia failed to adapt and compete with the developing market of Apple iPhones and Samsung mobiles.

As a result, Nokia lost its market share in the mobile network to a considerable extent.

Subsequently, the Nokia Lumia series was launched with the Windows operating system.

However, in 2013, Microsoft bought Nokia’s mobile and devices division for $ 7.2 billion. After the sale of its mobile phone business, Nokia’s main focus was on network equipment, through Nokia networks.

By 2018, Nokia has become the world’s third-largest network equipment manufacturer.

Nokia is currently bringing a new type of design to its phones. At the same time, Nokia is raising the bar again by working with software such as Android 1, Google, and Zeiss for the camera.

Even if this is true, Nokia needs to work hard to get back to its old place and provide innovative phones and new updates to people’s needs.

1.3 Is Nokia a Chinese company?

Nokia is Finland based company that was owned by HMD global in 2016. Finland is the origin country of nokia. Fredrik idestam set upped base for Nokia and further nokia became a multinational corporation company with the help of two other founders. So, Fredrik idestam, Eduard polan, and Leo mechelin are the founders of Nokia Corporation.

So the straight answer to your question is, Nokia Company belongs to Finland country.

Nokia has been the pioneer of the mobile telephone in India since 1994.

The presence of powerful global competitors such as Motorola, Siemens, and Sony Ericsson was challenging, but Nokia came out as the market leader with 56% share during 2003 to 2004 in India.

After entering the Indian market, Nokia created a unique place in the heart of consumers and they still have a separate fan base that has always loved Nokia.

Now let’s look at Nokia manufacturing in India, Nokia made in India or China, and ongoing developments in India.

For manufacturing other new phones, Nokia also has made a partnership with lava, an Indian company.

In 2006 Nokia started a manufacturing plant in Chennai with approximately 6,000 employees.

More than 30% of its production was exported to neighboring countries. The Nokia 1100 was the first made-for-India phone manufactured in Chennai. The Chennai plant recently reached 4 million units of annual production.

They had made a contract with Foxconn manufacturer who has plant in Chennai. That means Nokia has been making phones in India with the help of foreign as well as Indian manufacturers.

Therefore it became one of the largest telecom equipment manufacturing plants in the country. In 2018, it started manufacturing 5G new radio equipment.

In 2020, an Indian e-commerce company known as flip market partnered with Nokia to market Nokia branded consumer products. These products include televisions, laptops and a range of air conditioners.

At present, 100% of the local market demand for Nokia is successfully manufactured in India. For more details, you can read the complete report on nokiamob.net.

It’s all about Indian manufacturing but a lot of people see Made in India written on the phone and there is some confusion about it. That is why people misunderstand that Nokia Company belongs to an Indian country.

Samsung company belongs to which country?

3. Where are Nokia phones made? Or where does Nokia manufacture its products?

Nokia is headquartered in Espoo, Finland. Nokia phones are made in Finland but not all phones are made there. Apart from it, Nokia devices are manufactured in many countries Including, China, Mexico, Brazil, Hong Kong, Germany, and India. Nokia conducts sales in more than 150 countries with nearly 100,000 employees worldwide.’

In 2006 Nokia successfully handled about 100 billion units in 10 factories scattered around the world. At present, Nokia manufacturing plants annually release more than 1,000,000 mobile phones to the worldwide market.

The brand name is the major beneficial factor that affects consumer purchasing of Nokia. Therefore Nokia’s highly qualified personnel have always teamed up to focus on the following factors during the manufacturing process.

4. Conclusion on Nokia company- belongs to which country?

Well, after reading the whole article, you will not have this question again about Nokia.

I just tried to tell you all aspects and views regarding nokia brand and the question, Nokia Company belongs to which country?

In recent times people have so much confusion related to products, brands, and their origin country.

They can’t differentiate between brand origin and products origin. Because of that if any product has made in India or made in china tag on it then people mistakenly consider it Indian or Chinese company respectively. But that is not always the case.

It all happens because consumers don’t have the right information about ‘Country of origin’.

Country of origin: Only It indicates where a product – grown, produced, or processed but not a brand.

I hope you get everything here that you want to know. However, if you have any more queries or doubts, feel free to ask in the comment box.

1 thought on “Nokia Company belongs to which country? Nokia made in India or china?”