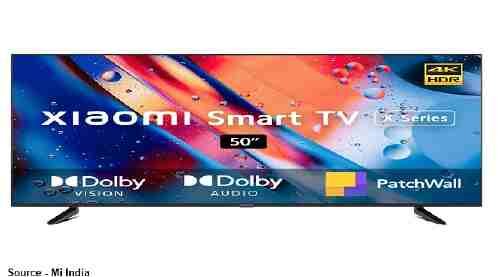 Everyone is well aware of the Mi brand. Like smartphones and other devices, mi is leading in the tv segment as well. Mi Tv is well known, however, we are unaware of its production/manufacturer. So the consumer wants to know, Mi tv made in which country?

As soon as mi launched in India, it quickly became popular. In Smartphone and smart devices category Mi dominated the market with its quality products.

Recently, Mi TV has established itself well in the Indian market and is currently reaching every household. For smartphones, mi has developed strong manufacturing capabilities and majorly it manufactured in India.

Initially, Mi does not have well- grown developed manufacturing facilities in india, but they recently began manufacturing in India using a large portion of Indian components. In India, MI did not have the same production capacity as it does presently. We were able to understand from some news and product details at the time that Mi used to take a majority of parts and products etc. from China.

However, MI has recently placed a strong focus on manufacturing in India, and as a result, they are now recognized as a Leading Manufacturer in India.

So we will explore new plants and TV manufacturing information of Mi. You came here for the same thing, Right?

I also covered the following points in the article,

mi tv made in india or china

Mi tv made in which country? Where is mi tv manufactured?

Mi TVs in India are assembled and manufactured by partners Dixon Technologies and Radiant. The sub-brand of xiaomi, Mi, partnered with Noida-based Dixon technologies in 2018. Also, the partnership with Radiant has enabled Mi to manufacture TVs locally in India. Mi used to import TVs and components from outside markets before these manufacturing partnerships. However, when the plant in India was put into operation, MI only imported the individual components, not the entire TV. Further, by 2021, Mi has partnered with some companies to make MI parts and TVS in India and has been somewhat successful in making them locally. According to news reports and company officials, Mi smart TVs are now completely manufactured in India.

Where is mi tv manufactured?

So far, the mi had been importing TVs and components but now with new plants in India mi manufactures TVs and their parts locally in India. To produce TV, Xiaomi partnered in 2018 with Dixon Technologies, based in Tirupathi. Through this plant, mi had gained the capacity to produce 1 lakh Mi LED TVs units per month.

Now, Mi, a sub-brand of Xiaomi, will have 360 advantages from its new partnership with the Telangana-based Radiant for making Mi Smart TVs in India. 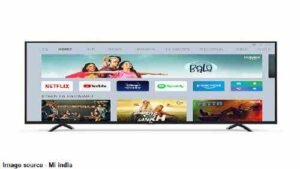 Xiaomi has been ranked as India’s no 1 Smart TV brand many times quarterly. According to news reports, 2022, Xiaomi India sold 8 million smart TVs in the last four-five years. Additionally, in the first quarter of 2022, it once again managed to hold a position as India’s No 1 smart TV brand.

For Smartphone manufacturing Chinese Company Mi (Xiaomi) used to import parts from its home country china in the initial days. Gradually, Xiaomi started assembling smartphones in India in partnership with Foxconn and Flex. Later, Xiaomi also started manufacturing some components in India which were earlier imported.

Company officials claim that 99% of the phones are currently made in India and the majority of components such as USB cables, camera modules, PCB back panels, chargers, boxes, batteries, and more are manufactured or sourced locally. Therefore, local suppliers like LY Tech, Sunwoda, NVT, Salcomp, Sunny India, and others provided 75% of the components needed for Mi smartphones.

Xiaomi has established itself as a market leader in both the TV and Smartphone markets, and as a result, it has begun to focus more on manufacturing and increasing its capacity. To expand their production capacity, they have now built these three additional plants for smartphones and TVs.

Redmi TV or Mi TV of Xiaomi is manufactured in India by Xiaomi partners Dixon technologies and radiant. With the help of these Andhra Pradesh and Hyderabad-based plants, Xiaomi partners made locally smart TVs in India.

In initial days, xiaomi majorly imported Mi TV or components from the home country china. So, initially Mi TVs were made in china or sourced from china but now according to the company, 100% of mi Smart TVs are manufactured in India. Following a positive response from the market, they partnered with the Indian company Dixon Technologies for TV production. To expand TV manufacturing in India, Xiaomi also made a partnership with radiant. Therefore, it is now easier for Xiaomi to manufacture TVs in India through this partnership which used to be outsourced. That explains why Mi TVs, which once appeared to be built in China, are now made in India.

In several press reports and interviews given by company officials, detailed information regarding this has been provided. You can understand it from the next statement.

According to some new reports, out of the 5 million TVs sold by the company in the past few years, 3 million were made in India. However, the new partnership gave them the ability to increase their existing manufacturing capacities. For more detailed information on it, you can read fonearena article.

In July 2022, the company announced that it has sold 8 million Mi TVs in India.

So this is all about the current scenario of Mi Tv india and Mi Tv manufacturer in India.

The parent company of Mi, the Chinese giant Xiaomi, has production partners in India that manufacture and assemble TVs. In the above article, I have tried to cover as many quires as possible. So, the question “Mi tv made in which country?” won’t come up again.

I have tried to put everything in front of you and I gave every piece of information to you with reference. Hence, I believe you don’t have any more doubts related to Mi TVs.

Even after reading the whole article, anyone may have more quires, so let me know in the comment section.