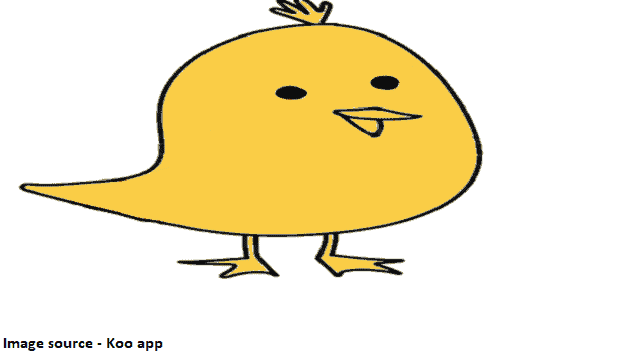 The Koo app has become a hot topic right now. However, when the Nigerian government banned Twitter and opened an account on the Koo, the topic was further intensified.

Since last year, the Indian government has banned many Chinese apps for privacy and data security.

So, Indian app makers have launched their app, taking the right opportunity to create an alternative to the famous social media app like Twitter.

Therefore, in this article, I will try to give you information from the founders of Koo App to the investment.

Koo is an Indian microblogging and social media app launched in 2020. The parent company of the Koo is Bombinate Technologies, based in Bangalore. The co-founders of the Koo are Aprameya Radhakrishna and Mayank Bidwatka.

In 2020, koo app won the “Atmanirabhar Bharat app innovation challenge” and from there, App literally came to the frontline.

In simple words, Koo is a social media app. Although the Koo is very similar to Twitter, it supports some Indian local languages ​​and provides some additional features.

Therefore, the support features of the Koo for Indian local languages ​​have made it easier for everyone to use the ‘Koo app’ in India.

Now we will see detailed information on investment in Koo.

3. Is Koo app Chinese? Or Koo app has Chinese investment?

The investment of many firms in the Koo app and the doubts people have in their minds make people wonder whether the Koo app is Chinese or not.

But again, let me make it clear that the Koo is an Indian microblogging and social media app.

Secondly, to know whether there is Chinese investment in the Koo, one has to understand both the initial investment of the app and the current investment.

So let me tell you a little bit about the investment and development of Koo since its inception.

Bombinate Technologies is the parent company of the Koo and vokal app. Different firms were initially invested in this parent company, including a Chinese firm called Shunwei Capital.

Shunwei Capital, a Chinese investor, had invested in the company’s Vokal app almost two and a half years ago.

The investment in Bombinate Technologies was made by Shunwei Capital, a little over 9%. Not only Chinese but also other Indian investors were involved.

From this, it is understood that there was some Chinese investment but now Shunwei capital firm has dropped out of Bombinate Technologies and we will see about this in more detail later. So first we will complete this ongoing topic about the early days of the Bombinate Company.

At that time, when people found out about the investment, the company had to face many questions. Not only that, but the government also supported this app and still does today.

You may be wondering why the government allowed Chinese investment but remember, government cannot do anything without a legal reason as there are certain rules and regulations for it.

The government is also promoting and supporting this app. Narendra Modi had also spoken about this app in ‘Mann ki Baat’ program.

According to the Businesstoday report, the government had clarified some things about this.

It’s all about the company’s early days and its investments, but now Shunwei Capital has taken an exit from Bombinate Technologies.

This means that Shunwei’s investment in Bombinate technologies is no more and other Indian investors have come forward instead.

Now, in the second part, let’s take a detailed look at how and which firms made the investment.

CEO Radhakrishna, who is also one of the co-founders of Koo, said that Chinese venture capital firm Shunwei Capital was a “very small stakeholder” in the company and that they were exiting after being bought out by other investors.

Above I have explained everything to you but now notice that Chinese investors Shunwei Capital have taken an exit from Bombinate. As a result, Koo app has become an Indian app with no Chinese investors.

In this investment, Indian investors 3one4 Capital and Accel Partners, Blume Ventures, Kalaari Capital together have taken almost half of Shunwei’s stake. Similarly, the remaining stake is being taken by Angel Investors. If you want more information about investors, read the report of Times of India, koo’s Chinese investors sells entire stock.

The company has raised investment about $ 4.1 million so far. In short, the company achieved ‘Atmarbhar Bharat vision’ in the true sense.

Not only that, koo has raised an amount of $ 30 million in ‘B’ series funding. This investment has been led by US-based Tiger Global, along with existing investors.

As you know, the government has instructed Twitter to follow the new guidelines. In this context, the Koo app has become very popular as an alternative app to Twitter.

In fact, in the Koo app, you can write messages or tweets using not only English but also in some local languages.

The government is also pushing this app and some prominent people have opened accounts in it. Recently, India’s Railway Minister Piyush Goyal has opened an account on Koo. Also, he suggested people use the app to exchange thoughts and ideas.

Of course, Koo in India seems to be a good alternative to Twitter.

Another thing that seems to be a bit worrying is that Indian users will shift to the Koo but they will not be able to connect with the global audience immediately. Ultimately, it will depend on everyone’s needs and uses, but for now, the app is expected to be a viable option.

First of all, launching a Made in India Indian app like Koo is a good thing for the people of India.

So, we can say that Koo app has become ‘Atmanirbhar’ in the true sense.

We hope that India will make similar progress in other areas and we will support it.

If you have any doubts or concerns, please comment and ask.