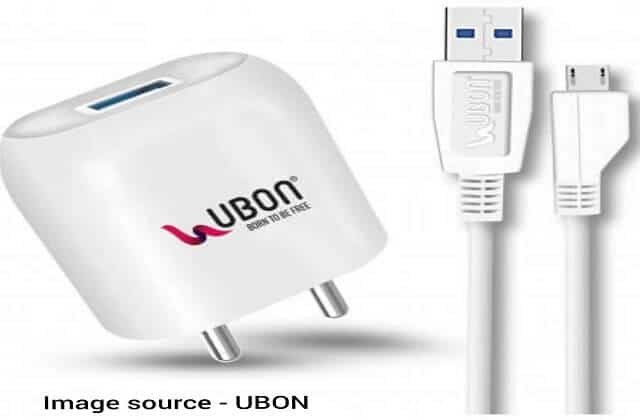 Ubon is a leading brand that Indian consumers consider Chinese, but it is not. So, is Ubon a Chinese company? More often consumers ask this.

Ubon is a leading brand in consumer electronics; you will understand later that I did not write this for no reason.

When the company was small and started, it used to import products mainly from China. But now it is completely eliminating its dependence on China.

Even if this is true, some of our Indians still do not support the Ubon company as it is a Chinese product and I do not like it at all.

These people don’t read anything about the company’s interviews, news, and its development updates rather they just like to create the wrong atmosphere with negative and old things.

If you say you love the country and avoid Chinese products, then why don’t you support these little Indian brands that are developing?.

Of course, we will talk more about this later but first, we will get the complete information like Ubon origin country and Ubon company owner name.

Also, the next question that often asked, Ubon made in which country?

So let’s get complete information about this.

If you don’t know about Indian brands and haven’t read the whole article, don’t really comment on the partial information you already know.

Best recommended Ubon made in India power bank, USB and Speaker to buy:

1. Is Ubon a Chinese company?

Ubon is an Indian electronics company that started in 1999. Initially, Om Prakash Arora started a trading shop in Delhi in 1999.

The ‘Economic Times Most Promising Brand’ award has been given to UBON in 2019 by Economic Times considering many things, parameters, and factors of Ubon company.

Therefore, people look to Ubon as a great example of a family-owned business.

In Delhi and Noida units Ubon manufactures its products with approximately 1000 employees.

The company itself says yes we were initially importing parts from China but now it is not.

According to the company, more than 70% of the company’s products are currently manufactured in India. So company reducing its dependency on China.

You will definitely see Country of Origin China on some products as some of their products are either made in China or using Chinese parts.

Therefore, Ubon is not a Chinese product. We will see the complete information on this subject in the next question.

The company says that while we are not in serious competition with any brand, we in Mobile accessories strive to offer people a product with a strong build and advanced features at a reasonable price.

According to a report by research platform Research Nester, the Indian mobile phone accessories market is expected to reach $3.54 billion by the end of 2024.

So UBON will now expand the product range and the company is now working on designing and developing smartwatches, fitness trackers, and headsets.

After reading all this information, you must have known that India is the UBON Origin Country.

So UBON is not a Chinese company but a growing brand of India.

Who is the owner of Ubon?.

Mann Mandeep Arora is the Ubon owner and Co-Founder.

2. Ubon made in which country?

Before we talk about some UBON manufacturing, let’s take a look at some of their history.

At the same time, I would like to explain why Indian companies were manufacturing in China.

It was not so easy to make any product. It takes many parts, materials, and many sources to make a product.

Similarly, government support, infrastructure, money investment, and much more needed to build a product or device.

That is why I say that when talking negatively about any Indian company, think once and for all because it would be easy to say, but very difficult to do.

The UBON Company was initially very small and finding good and suitable raw material in India was not so easy.

The owner of the company says that initially most of the raw material they needed was brought to India from China.

But now it has become obsolete and the company has started manufacturing in India.

Information and updates about using parts:

According to the company, 99% of the products made in-house in India. Currently, some USB charging pins imported from China.

I agree, of course, that the Ubon company still imports some Chinese parts, but you can’t avoid them just for this one point.

Because on the other hand, this company is also making efforts to make made in India products.

Mandeep Arora UBON co-founder has narrated a situation in an interaction with ‘your story’. From which you will know that it was not so easy to set up a company and make products.

Mandeep Arora at Your story said, “Having said that, the toughest time for us was during demonetisation. We are the kind of company which doesn’t give credit. Back then, people did not have money to give us and we were in a huge crisis. It was like a nightmare. We couldn’t believe that something like that could ever happen. We were all very clueless”

According to me, not all products can be ‘Made in India’ overnight or in one day. So companies need to be given time so that they can slowly grow and develop.

I gave brief information about manufacturing, the owner, and a little bit of company history. Let us now learn about some of the company’s future plans.

During Covid-19, the supply chain between China and Indian companies was completely disrupted.

Indian companies started getting a shortage of imported material from China.

That is why the Indian company realized that it would not be able to remain entirely dependent on China.

On the other hand, it was an opportunity for an Indian company to move towards manufacturing.

This situation is an opportunity for India because I read in the news that some of the US companies that did not want to import from China came to Ubon.

So the company sent samples like power bank, charger, and cables said Mandeep Arora Ubon co-founder in the news.

Due to the difficult and costly importing of China, the full focus of the Ubon company is now on manufacturing in India.

As I mentioned earlier, the Ubon company will soon be starting a third manufacturing unit to make Bluetooth speakers.

2.1 Which country made Ubon headphones?

Of course, India. This question comes to mind because of the country of origin and made in china tag on some Ubon product.

I already told you that Ubon company still uses some Chinese parts or maybe made products in China.

The Indian consumer pays special attention to price when buying anything.

This does not mean that Indians ignore the quality but mostly Indian consumers tend to buy products that are available at an average or affordable price.

Therefore, Ubon is a brand that provides products at a reasonable price. Ubon’s products such as chargers and headphones are very cheap and also available in high range.

That means you will get Ubon products as per the price.

Talking about my experience with this brand, I wanted a charger. I wanted a cheap charger for my family phone, so I looked at many companies, but I didn’t find such a special charger in terms of price. Finally, I took the charger of Ubon for 250 rupees with 6 months warranty.

For about 8 months, the charger was working properly and I thought that this product is fine at such a low price.

Their products are not only available at lower prices but also at higher prices.

4. Conclusion about Ubon is a Chinese company or not:

After reading the complete information above, you must have understood that Ubon is an Indian company and not a Chinese one.

As an Indian, I try to support Indian companies. I am not telling you that if an Indian product does not give ‘value for money, then support it.

On the other hand, if an Indian brand provides you value and quality, then definitely support it.

Instead of buying a product from a Chinese company, I would say buy an Indian or non-Chinese product.

Many people are just trolling Indian companies based on ‘Made in China or using Chinese parts, but have you done anything yourself to date?

It would be easy to just blame or speak negatively, but if you really get into that area, you will understand how many problems there are.

One thing I don’t understand is that when you buy a product from a Chinese company, you don’t think about it and you don’t even see where the parts come from.

On the other hand, if a product of an Indian company came, you would only start talking negatively without looking back and forth.

Then from this, do you love your country? You just pretend to love the country by telling four or five partially known things just to call yourself wise.

Indian companies themselves admit in interviews that they were initially importing Chinese parts and now we are gradually reducing the dependency. Not only that, but companies also say that we still use little Chinese parts.

That means companies are loyal to you and tell you everything.

On the one hand, companies are developing themselves and trying to create the product you want.

Just think once and do something that will benefit the country.