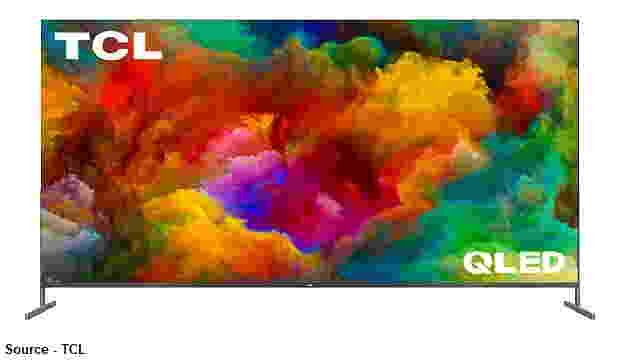 TCL is a leading company but still many people don’t know much about this company. So many people have the following question: Is TCL a Chinese company?

Although TCL’s products belong to the consumer electronics segment, it is particularly dominant in the television market. They are among the top TV brands in the Global TV industry.

TCL diversified its business in multiple sectors and presently extended their product offering portfolio. This company is successfully integrating new technologies to meet the demands of the consumers for their products.

What about TCL TV manufacturing and other products? We will explain everything regarding above questions and also cover all points on production and products.

Things that you get in this article:

Is TCL TV made in India?

Contents
Is tcl a Chinese company? TCL is from which country?
Highlights of TCL company details:
Where are TCL TVs made? TCl TVs made in which country?
Is TCL TV made in India? Where is TCL product manufactured in India?
Is tcl made by Samsung?
Conclusion:

Is tcl a Chinese company? TCL is from which country? 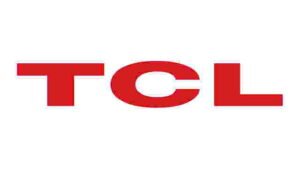 The company started as an audio cassette manufacturer brand. After that the name of the company was changed for some reason and it was changed to TCL. Starting from China in 1981, TCL has now made its brand name all over the world. After, 1985 began the process of international expansion into countries besides China. Having made its debut in the Vietnam market in 1999, it currently has a strong consumer base built there.

After 2002, it entered the field of consumer electronics and started development in that direction. From 2003 to 2008, TCL made several deals, starting with making David Player and TV. In these few years, TCl increased production and manufacturing and joined hands with companies like Samsung for parts and production sources. Following that, TCL decided to double the production by raising funds and started taking steps accordingly.

At present, TCL has increased its manufacturing capabilities in countries like India, Brazil, Vietnam, etc. In that, TCL has three plants in Brazil, new largest plant in India and big integrated manufacturing facility in Vietnam. The recently opened plant of TCL in Mexico called masa majorly covers the North America market demands.

TCL broadened the range of its product portfolio by including consumer products, such as electronic items, air conditioners, and other appliances.

Where are TCL TVs made? TCl TVs made in which country?

China-based consumer electronics maker TCL (TCL Electronic Holdings Ltd) manufactures TVs globally with around 22 manufacturing bases of TCL technology, including China, as a key manufacturing hub. China facilities like Shenzhen of TCL, plays a major role in managing the supply chain, components and production demand for TCl TVs. However, being a multinational brand, TCL also made TVs worldwide in countries like India, Brazil, Mexico and Vietnam and Additionally, It also has research and development centers in the Europe, America and Japan.

There are three plants in Brazil where TV and air conditioning products are also made. Likewise, Vietnam Tv production facilities of TCl contribute well in supply chain management along with china. After completing the second phase of construction, the Vietnam plant’s capacity increased to 3 million televisions annually from its initial capacity of 1 million. Currently, the Mexico plant also mostly produces smart TVs. The TV plants in these three countries together have the capacity to manufacture more than 26 million TVs per year.

TCl has established itself as one of the top global leaders in the TV manufacturing and TV industries.

Is TCL TV made in India? Where is TCL product manufactured in India?

TCL is a Chinese consumer electronics firm that has a manufacturing base across the globe and India is one of them. Recently, TCl had opened a manufacturing plant in India at Tirupati, Andhra Pradesh for production of TV display panel and handset. So TCL TVS those which are manufactured or assembles in India, will be tagged as made in India. However, Components Used in it can be made elsewhere because TV has thousand of parts and some of them may be imported. If you see TCL TV country of origin – India in the TCl TV product’s details section, it signifies that particular TV was manufactured or assembled in India.

The TCL facility in Tirupati is one of the biggest manufacturing bases and represents the company’s largest investment outside of China. This facility of TCL is spread over a large area of ​​280,000 square meters. According news report, a total investment of roughly Rs 1,530 crore is projected. The TCL CSOT plant in Tirupati has recently started operating, and its main goals right now are to manage and improve the capacity of the supply chain and the manufacturing capacity. For detailed info, you can read whole report of thehansindia.

Is tcl made by Samsung?

Although TCL and Samsung are separate companies, several of their products, such as TVs, have features in common or similar which lead some consumers to mistakenly believe that TCL may be made by Samsung. Recently, Samsung sold its LCD production line located in china to the TCL and as per news reports; TCL china star will supply OLED panels For Samsung smartphones. Additionally, Samsung acquired some stake in tcl. As a result, their business relationship has recently been growing.

Companies like TCL are a big player in the market then also people confuse about origin country of such big brands. Hence, I have explained enough info on the question, Is TCL a Chinese company?

Although, you can have more doubts, so let me know in the comment section. TCL recently made progressive moves in the consumer electronic product segment. In the television market, they had already made significant global expansions and are currently doing the same in India.

TCL CSOT plant is the largest investment of TCL in India and It has developed to manage and increase production capacities, supply chain and customer oriented product advancements.

They have bolstered their manufacturing bases not just in India but also in several other nations, such as Brazil, as I have already explained in detail above.

I have tried to explain everything about TCl including manufacturing, designing and selling of products and hope you understand.