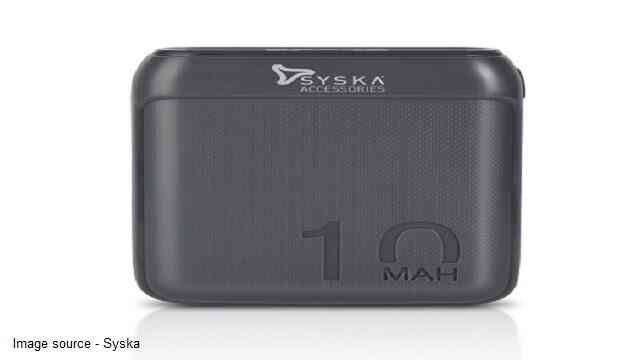 Is Syska a Chinese company? You may have had this question many times. Such questions arise when a company’s products are made in many countries.

Mostly, people consider companies like syska as Chinese but this is wrong.

Also, I have explained all the queries below.

Let’s move towards our main topic,

1. Is Syska a Chinese company?

Syska is a leading Indian company that provides lightning products, accessories, and appliances.

In 1989, the syska group set up its own flagship company. Rajesh Uttamchandani is the founder and director of Syska.

Shri Sant Kripa Private Limited (Syska) recognized the market demand and made the syska group a big name in India.

Let me tell you a little about the journey of the syska company.

Gurunanak Marketing started in 1989 with, distribution of T-series, VCRs, and audio cassettes. Then in 1997, a company formed a trading partnership with Nokia and Whirlpool.

Going forward, the company distributed Samsung appliances until 2006, and in 2006 the Syska Group’s flagship company, Syska Appliances, was formed.

Also, in the same year, the company acquires a Led manufacturing unit in Korea.

About Syska company manufacturing in India:

The company has three manufacturing units and is working to expand them.

Syska had invested Rs 150 crore in the Shirwal mega project under Make in India. Similarly, Rs 10 crore each was invested for both Rabale and Chakan plants.

The capacity of Shirwal plant is 30 lakh units per month and the Chakan plant is capable of making 1000 units of industrial lights per day.

In 2015, Chinese LED manufacturers AOD and Syska jointly invested in the Telangana-based plant.

Even in 2019, syska had a partnership policy with a large French lightning company to make a Sell switching system.

Syska has been focusing more on manufacturing in India and is still planning to set up a plant to manufacture syska personal grooming products.

Syska has created its distinct name and place in the Indian market by manufacturing lighting products.

I think I have given you enough information about Syska but if you have any doubts please comment.

Who is the owner of Syska Company?

Rajesh Uttamchandani is the director and owner of Syska company. It would not be wrong to say that they are the backbone of the syska company.

Mr. Rajesh Uttamchandani always uses an aggressive strategy to grow the syska company in the market with innovation and development in mind.

Mr. Uttamchandani has always been considered Syska’s driving force as it is at the forefront of investment, development, and technology.

Below I have tried to answer your questions in short way.

So, syska is an Indian company and not a Chinese one.

2. Are syska products made in China?

Syska’s products are mostly manufactured in India. It is the only company in India that has been investing heavily in manufacturing.

Some mobile accessories and male grooming products are imported from China, but they will be discontinued in the coming years.

This is because the company will soon start manufacturing grooming products in India.

As I mentioned earlier, Syska has three manufacturing units for making lightning products.

The company has captured the Indian market with its products ranging from led lights to personal care products.

Similarly, they have dominated the mobile accessories market.

The company now wants to manufacture a range of personal care products. The company’s director Uttamchandani said a lot about it in an interview with the Economictimes.

“To begin with, we are getting products designed in Korea and manufactured in China and Korea and importing to India,” Uttamchandani said.

“Right now 30% of our manufacturing is in India but we want to increase it to 70%. Our personal care product is a mega project and we will invest over Rs 150 crore,” he said.

“The electric personal care category is worth Rs 2,000 crore and has a huge scope as it is growing at a healthy pace of 2530% annually. We see a market as there are not many brands providing end solutions,” Rajesh Uttamchandani, director at Syska, told ET.

Starting from a trading partnership, the company became a large Indian group and catered to the needs of Indian consumers by making a number of products.

So, syska is a good Indian brand that is not very dependent on China. It is necessary for our country to buy the products of such Indian companies.

3. Is syska trimmer a Chinese company?

Syska Trimmer is not a Chinese company. Importantly, syska’s trimmer is one of their product categories which comes in personal care products. Therefore, syska trimmer is not a separate company from Syska.

At present, according to many reports, personal grooming products in India are growing 25-30% annually, which is around Rs 4,000-5,000 crore.

Currently, Philips and Panasonic have become big players in grooming products. The rest of the market captured by Chinese players with low-cost products.

Hence, Syska decided to make an entry into the grooming products due to the growing market in India.

As I told you earlier, Syska was importing trimmers from China or Korea. For this reason we find the tag ‘Made in China’ on the Syska trimmer.

Even if this is true, it does not make syska’s trimmer or company Chinese. Most importantly, you should realize this.

Currently, 20% of the company’s total revenue comes from all personal products.

Syska had invested around Rs 100 crore in the second plant in Maharashtra before 2017 and it was operational till 2017-18.

Initially, only lightening products were made there. Rajesh Uttamchandani has talked about this many times about starting personal care product manufacturing in India.

According to him, manufacturing will be done in India soon after seeing the demand and market response of personal care products.

From the above information, you must have understood that Syska is not a Chinese company but an Indian company.

You may have understood all the information about Syska owner country and company owner.

If there is a Made in China tag on any company’s products, then not every company is Chinese, and also not all the products of that company are made in China.

The company on which the ‘Made in China’ tag appears on the product is avoided by many Indians by considering the company as Chinese. But that is not always the case.

So if you don’t know about any brand, don’t go for it. Another thing to note is that by buying a product of a Chinese brand, you make a lot of losses for our Indian brand.

Only we can strengthen our country globally, but if we only talk negatively about the brand, then we and the country’s economy will be in trouble.

If you always think that all the products should be made in India, then it will be done only with the support of Indian companies.

Support Indian companies like syska who are trying to manufacture and make Made in India products by manufacturing in India.

Most importantly, support Indian companies like Syska which are manufacturing in India and providing a range of ‘Made in India’ products.

Of course, I am doing this but tell me in the comments if you also follow it.