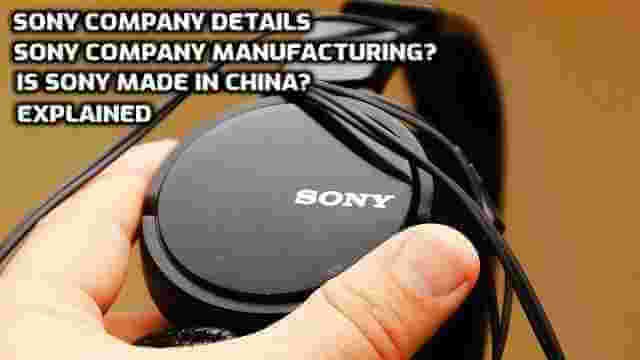 Sony manufactures and assembles in many countries around the world, and China is one of them. Is Sony a Chinese company? It is natural for people to have this question in their minds.

Sony’s electronics products – made in many countries like India, USA, and China. But some people are wondering why Sony headphones labeled with made in China tag.

Similar0ly, there are many things to know about the owner and founder of Sony Company.

Additionally, I will try to clear all these doubts and your following questions in this one article.

I will also share all the information about Sony’s product manufacturing and Sony’s development in India.

After reading this information, if you share your thought with me in the comments or ask any doubts, I would definitely like to talk with you.

Let’s move towards our main topic,

1. Is Sony a Chinese company? 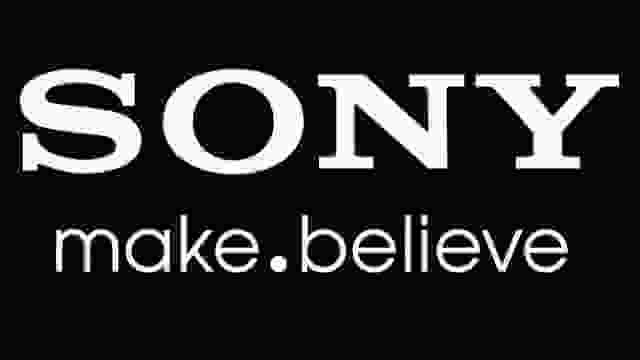 Sony is a Japanese multinational corporation that considered as one of the largest electronics industries in the world. Its headquartered in konan, Tokyo.

Sony Corporation started in 1946 and initially the name of the company was not Sony. In 1958, the name of company changed from Tokyo Tsushin Kogyo to Sony.

Masaru Ibuka and Akio Morita are both Sony co-founders. In 1946, two men came together and laid the foundations of Sony.

So, Sony is not a Chinese company and not an Indian company also.

China is one of the countries in the world where Sony’s electronics products made. Of course some products are made in China but this is not a big deal. Hence, you can’t call Sony completely ‘Made in China’.

So, China is the same country like India, Russia, Slovakia and Mexico that makes Sony products.

By the way, Sony has set up separate units for gaming hardware and software in the US, manufacturing units for consumer electronics in India and computer entertainment design and development in European countries.

Speaking of Sony’s TV segment manufacturing, it has R&D centers and manufacturing facilities in Malaysia and Japan.

Malaysia is a major part of Sony’s manufacturing and Malaysia-made TVs are exported to Asia, Africa and many other countries.

In China, India, Russia and Slovakia, Sony’s TVs are assembled at the Foxconn plant. In short, TVs are manufactured in some countries through Foxconn, a major manufacturer.

Therefore, it would be wrong to avoid all Sony products based on the wrong information that they ‘made in China’.

Like Samsung, Sony has increased its investment in India in the last 5-6 years, i.e. after 2015.

“Sony has been investing heavily to shift local manufacturing of televisions to India since 2015. Currently, we are successfully manufacturing 99% of BRAVIA televisions in India and we are quite satisfied with the production quality, which is at par with global standards and well accepted by our Indian consumers. We have faith in the government and this step has built the right momentum for India’s journey to become self-reliant,” said Satish Padmanabhan, Head of Sales at Sony India.

Sony is making a lot of new investments and developments in India.

You will see Sony products Made in America, Made in China and Made in India because their manufacturing plants are in different countries.

All I want to say is that a big brand like Sony needs to start manufacturing units in many countries for the convenience of the consumer and the company.

So stop giving full credit to China. No company is completely dependent on China.

3. Why made in china written on Sony headphones despite being Non-Chinese company?

Many companies in the world make their products in other countries. There are many reasons for this, such as component, cost, skilled labor, sourcing and consumer needs.

Let me give you some basic information about Country of Origin and Made in China.

Made in china – If any foreign or Indian company manufactures or assembles products in china, it would be mandatory to write Made in china on its products.

Country of origin – it indicates the where a product: manufactured, produced and processed.

Let me explain you with an example.

Xiaomi is a Chinese company but when it assembles or manufactures smartphones in India, it has made in India written on it.

Similarly, when some of Sony’s headphones are made in Chinese factories, they labeled as made in china.

Government E-Marketplace has made Mandatory for Seller to Enter Country of Origin while Registering Products on Gem.

Indian government made this mandatory for companies to mention country of origin by making rule in Gem.

Basically, when a product manufactured or assembled in a foreign country and imported back to India, then that country registered as ‘Country of Origin’ while registering product on GEM.

4. Conclusion on Sony is Chinese company or not:

Well, Sony has never been a Chinese, American or Indian company and I have explained everything about it above.

After reading this article, many people will understand exactly what Made in China is.

So most of the time we avoid the products of some non-Chinese companies based on lack of information is very wrong.

Not every company is completely dependent on China. I agree that China known as ‘The World Factory’ because any type of product manufactured and can be made.

One of the best examples in front of your eyes is that Samsung did the shifting from China to India and made the largest investment in India. Today, India has become Samsung’s manufacturing hub.

I write about many such brands. The only intension behind is that consumers should get what they want.

I am an Indian and I give my little support to those who contribute to India’s economy.

Let me know your thoughts by commenting because if you say something through comments, I would also like it.

2 thoughts on “Is Sony a Chinese company? is sony made in china?”