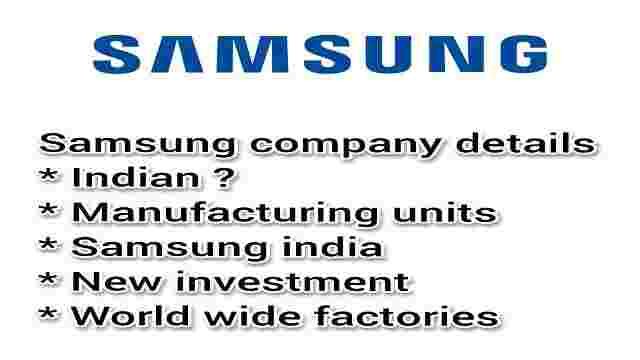 Is Samsung an Indian Company? I will answer this question but at the same time I will clear many doubts about Samsung like Made in India or China?

Samsung is a well-known and leading brand in the world of electronics. More often People ask for information about such brands and products.

Below I have provided information about Samsung’s Country of Origin, Manufacturing Units, Samsung India and Current Updates.

If you have any doubts while reading the article or want to say / ask something, please let us know in the comments.

1. Is Samsung an Indian company? 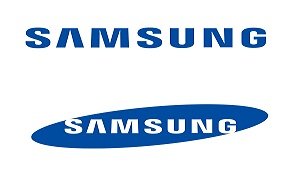 Samsung is a South Korean company. Samsung Electronics is part of the Samsung Group which started in 1938. In 1938, Samsung founded by Lee Byung-Chul as a trading company.

Samsung electronics started in 1960 and headquartered in Suwon. It has assembly units and sales services in about 74 countries.

Similarly, it has manufacturing units in countries like South Korea, India, Vietnam, Brazil and Indonesia. I didn’t mention China here because Samsung shut down its last Smartphone plant in China in 2019 and also closed TV manufacturing plant in 2020.

Samsung is one of the largest brands in the field of electronics. In 2020, Samsung’s global brand value has reached to the 8th highest.

Who is the owner of the Samsung Company?

Samsung Group is the owner of Samsung Company. In that Lee’s family has Samsung’s strongest ownership with 16% of the total Samsung shares. But 50% of Samsung’s shares are owned by the US and the rest by Korea and other countries. So, Foreign Investors are more for Samsung and they have invested more and more. Therefore, it is not right to decide single owner because most of the stocks taken by different countries.

“Samsung India” is a subsidiary of Samsung Electronics, a South Korean company.

Currently more than any other country, Samsung invested heavily in India and is still doing so. Samsung has been operating in India for the last 20 years and currently developing the Noida and Uttar Pradesh plants.

About 90% of the Samsung mobiles sold in the Indian market are manufactured or assembled in India. In addition, they have three R&D centers and about 45,000 employees working in these factories.

Recently, Samsung decided to shift its display manufacturing units from China to India and is investing around Rs 5,000 crore. It will be the 3rd largest display making factory in the world.

As it will invest in Uttar Pradesh, Samsung will also get help from the Uttar Pradesh government through special incentives.

So straight answers to your question is,

Samsung is not an Indian company and not a Chinese company also.

2. Are Samsung phones made in India?

Yes, Samsung phones are made in India. As I said earlier, Samsung’s largest manufacturing hub is India. It has manufacturing units in Uttar Pradesh and Noida in India.

Most importantly, India not only assembles but also manufactures Samsung phones.

By 2019, Samsung’s capacity to produce phones in India was around 68 million and now the company is increasing it to 120 million. Samsung’s investments of Rs 5,000 crore will double its Smartphone manufacturing capacity in India.

I have told you that 90% of the phones sold by Samsung in India are made in India. Not only that, Samsung is exporting phones from India to foreign countries also. Indian-made Samsung company phones exported to US, Europe and Africa.

Samsung phones are made in different countries and sold in many countries. But due to the manufacturing units in India, Samsung’s phones for the Indian and some foreign markets made here.

After reading all this, I think you have understood that Samsung phones are made in India.

However, if you have any questions or concerns, please feel free to comment.

3. Are Samsung phones made in china?

No, Samsung phones are not made in china. Let’s get all the information behind this.

Initially, Samsung was making phones in China, just like India, and had two factories in China. But the labor cost and component quality variation in China was increasing.

Chinese company Huawei took the top position in the Chinese market and the rest of Xiaomi, Vivo, Oppo also did well in the market.

As a result, Samsung’s share went down by 1% in the market. Subsequently, Samsung was not in the top 10 Smartphone companies in China. Samsung also noticed that dependency on China has increased a lot.

So, Samsung shut down both factories in China in 2019. All this shifting was done in two countries, Vietnam and India.

Currently Samsung manufactures most of the phones in India and Vietnam and the rest in countries like Korea and Europe.

I think this information is enough to make you understand that Samsung phones are not made in China.

4. Which Samsung phones are made in India?

Samsung’s Galaxy A and Samsung Galaxy M series phones are made in India as well as Galaxy Note 10 / Note 10 + also made here.

I list them below and if you want to buy, you can buy by clicking on the link. Some ‘S’ series phones like Galaxy S10 / S10lite / S10+ also included in that list.

5. Why do you see ‘Made in India’ written on Samsung Smartphones? 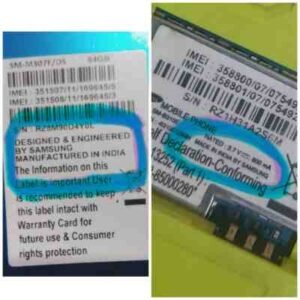 So when a company makes its product in another country, it is mandatory to write that the product is made in that country.

For example – even though Xiaomi is a Chinese company, you can see Made in India on Xiaomi smartphones because they are assembled or manufactured in India.

According to this rule, if companies do not mention ‘Country of Origin’, the company’s product will be removed from the selling platform.

That’s why we see Made in India on Samsung smartphones.

6. Conclusion on Samsung is Indian company or not:

We have already clarified that Samsung is not an Indian company. At the same time, I have stated that the company is not Chinese also.

People have doubts about many such companies. There are many companies like Samsung that manufacture or assemble products in different countries.

Because companies have manufacturing facilities in different places, a lot of questions arise in the minds of people about that company.

Many people think that if the product has ‘Made in China’ written on it, then they consider product brand as Chinese and similarly Made in India as Indian. But this is not always the case.

Many people avoid many foreign and Indian brands by considering them as Chinese. So don’t do that and get the right information.

If you have something to say or ask, please comment.

2 thoughts on “Is Samsung an Indian company? Are Samsung phones made in India?”