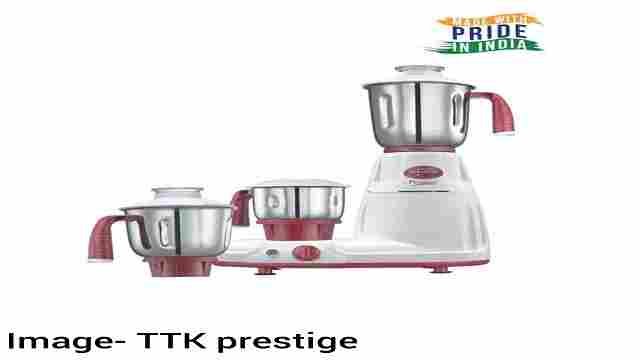 We know about many brands for Kitchen Appliances, but TTK Prestige has made a name for itself in the Indian manufacturing sector. But, Is TTK Prestige Indian Company? This question is always on the minds of the people.

Last year came with a barrage of pieces. In that, covid-19 and china’s tension over the border are the significant factors.

For all these reasons, Indian people are trying to avoid Chinese products.

That is why people are now keen on getting information about the product and I think its one of the best thing happening in India.

So I will try to give you all the information about Prestige Company.

Contents
1. Prestige – Indian company:
1.1 Is Prestige an Indian company?
2. TTK Prestige expanding Indian manufacturing sector:
Where are prestige products made?
2.1 Is prestige made in china?
3. Conclusion on TTK prestige: 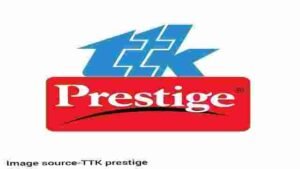 TTK Prestige is a leading brand from India, best known for its kitchen appliances. The officially company know as TTK Prestige Private Limited. The parent company of the TTK Prestige, TTK Group is an Indian group of business founded in 1928.

In 1995, TTK prestige limited incorporated as a private limited company at madras. The company has its headquarters in Chennai, and T.T. krishnamachari is the founder of the TTK group.

They initially made a joint venture with the Prestige group of the U.K. for manufacturing, but now the company has developed manufacturing units in India.

It established facilities in Bangalore for manufacturing domestic and industrial appliances. Further, they had taken technical support from prestige group, U.K for making pressure cooker as I said above.

The first manufacturing unit started in Bangalore, and after that Company expanded its operation in India.

In 2013, TTK prestige established a plant in Gujarat for kitchenware appliances.

Now TTK Prestige has a total of five-state-of-the-art manufacturing units in India and along with that, it have two dedicated R&D centers.

This company is literally growing and has invested heavily in India to work honestly in the manufacturing sector.

In addition, the company has greatly reduced its reliance on China due to the stress China created in the Galvan Valley last year.

So Straight answer to your question is,

1.1 Is Prestige an Indian company?

TTK prestige is an Indian company and not Chinese company.

Where are prestige products made?

It is important to note that the company has significantly reduced the number of products sourced from China. The company took this decision based on China’s tensions over the past few years on the Indian Army and the border. I have fully explained in the next question about the decision taken by the company and the changes they have made.

In short, Prestige used to outsource some 25% of its products or parts from China about five years ago. But at present, by 2021, the company has reduced it to only 10-11%. In other words, the company has taken steps to become genuinely ‘Atmanirbhar’.

Overall, Prestige’s products are made using Indian parts, and those parts are made locally in India.

So it’s all about prestige products and their manufacturing plants. Now lets see another question that mostly people ask.

2.1 Is prestige made in china?

No, because prestige company manufactures 95% of its products or appliances in India. Additionally, ‘prestige’ have been trying to make products locally that they used to take from china for last five years.

It all started in 2017 with the first Doklam incident. After the impact, TTK prestige decided that they will move sourcing to India from China.

The company did not only make a decision but working hard to do this.  It was further exacerbated when, in 2020, some of our soldiers died again on the Ladakh border due to the Chinese army.

As a result, TTK Prestige, India’s number one kitchen appliances brand, further reinforced its role in not outsourcing China parts.

In many interviews, Company officials have told about it and explained their strategies. You will easily understand this from Next statement.

“The recent clash between India and China served as the second trigger to accelerate this process of stopping imports from China from September 30 onwards because of prior buying commitments already made. No Chinese container will be accepted by TTK Prestige after September 30. However, as a responsible buyer who shouldn’t go back on our earlier commitments to buy from China, we will buy till then,” Chandru Kalro, Managing Director, TTK Prestige, told BusinessLine.

As I said above, just 10-11 percent of TTK prestige’s total products is china-made, which is less as compared with 25% five years ago.

Importantly, the company has said that 10-11 percent of the products or parts will be imported from other countries instead of China.

According to the company, they will look for foreign countries for rest of the parts (if needed) instead of china.

Well, I almost told you everything about TTK prestige, an  Indian company.

From the last five years, we have seen many ups and downs in our Indian manufacturing sector. At the same time, the problems created by China and many such things are happening in India. On the other hand, the bad effects of covid-19.

Due to this, many Indian consumers are trying to avoid some Chinese products. But if they want to buy something instead, they don’t get many choices in Indian products.

In such a situation, where people are expecting more made in India products from an Indian company, prestige is really doing hard work to fulfill our needs.

All in all, most companies have made some changes in themselves, but what about you?

Of course, there are several things that have gone wrong in the case of the manufacturing development of Indian companies, but we will not improve it just by saying negative things.

We must not only point fingers at others; rather, we can make changes in our own habits.

Now you can take your own decision.