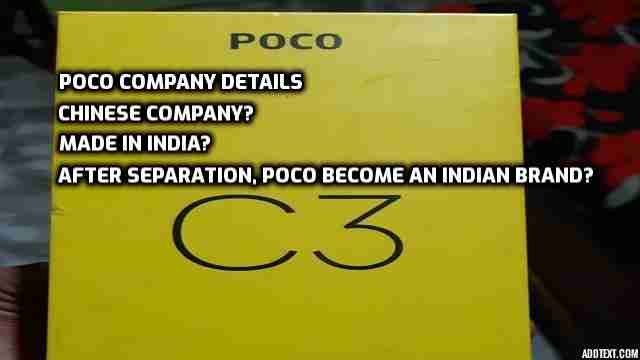 After the launch of the new brand poco, many people want to know about it. Is Poco a Chinese company? This is a question that many people have, so let’s get all the information about poco company.

With so many Chinese brands available in the market, it is difficult for the consumer to know which country a brand belongs to when buying products.

This is the reason why we don’t know anything about brands and at the same time we don’t know exactly where these smartphones are made.

In the case of poco, it is the same, below three things mostly asked,

Hence, I wrote the article so that there would be no misunderstanding about the poco company.

I’m sure there will be no doubts after reading this, but if you have anything else to say, leave your thoughts in the comment section.

1. Is poco a Chinese company?

Poco was launched as sub-brand of xiaomi a Chinese Smartphone company. The brand launched in 2018 as a sub-brand of Xiaomi but has now become an independent brand.

Poco does not do separate manufacturing; it is still done with sharing in Xiaomi’s plants. Also, after sales and service are not mentioned, so most of them are with Xiaomi right now. I will let you know if there are any manufacturing changes in the future.

The head of Xiaomi Manu Jain had announced that the Poco brand would now be separate from xiaomi. The brand entered the Indian market and immediately became famous and in February 2020, the brand created its own independent identity.

In fact, the Poco F1 took a quite well stand in market and Subsequently, Xiaomi realized that the Poco brand capable to stand alone.

Therefore, poco has become a separate brand in 2020.

According to Poco, the brand has entered 35 global markets within 3 years and sold over 6 million phones globally with Poco F1 reaching 2.2 million shipments.

Recently, ‘Poco India’ changed its brand logo in 2021 with a new hash tag #Made of mad. 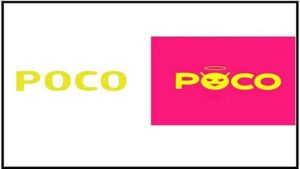 Many people see the ‘Made in India’ tag on their smartphones and misunderstand it as an Indian company.

Therefore, I am going to fully explain about ‘Made in India’ tag and its smartphone manufacturing units.

Below are brief answers to your questions:

If you want to say or ask something feel free to make comment.

Yes, made in India but not completely. How? Let’s see.

Poco x2 made in which country:

Most of the Xiaomi phones are made in India and Redmi series is one of them. Currently, Mi 10 is Xiaomi’s Smartphone Made in China which is imported to India.

In interview with economictimes xiaomi India head Manu Jain said, almost 65% of its component sourced locally. In addition, main component like PCB Sourced locally or made in India.

Xiaomi has a total of 7 manufacturing plants in India, making the company’s Smartphone manufacturing capacity three phones per second.

In the same way you can consider about Poco smartphones as they currently do manufacturing of smartphones in sharing with xiaomi’s facility.

As I mentioned earlier, Poco’s phones made at Xiaomi’s manufacturing plant. The poco company’s Smartphone poco M2 was already made locally in India, so it was Made in India.

This company has been saying from the beginning that we make phones in India.

The Parts that we currently don’t have in India like chip, motherboard etc. are imported from China and assembled at plants in India.

As we can see company don’t manufactures main parts like chip, motherboard etc. in India. So, like Xiaomi, consumers seem to be saying that these phones look more assembled than manufacturing.

3. After being independent from Chinese company Xiaomi, is poco now an Indian brand?

No, because poco company never announced officially anything about it.

However, poco brand’s Indian subsidiary had become an independent brand after separating from its Parent organization, Xiaomi. But that does not make poco company Indian.

You may have seen many times that Chinese players are always launching phones under different names.

Xiaomi is a good example in this regard. Xiaomi has been selling smartphones under the three names Mi, Redmi and poco. Now Poco is out of it but Poco was also a part of it before.

This is a marketing strategy from which Chinese companies launch phones with different features and price under different names.

As you know, Oppo, Vivo and One Plus come under the same parent organization, BBK electronics. Only they do difference in the Smartphone features, demand and prices according market needs.

4. Why ‘made in India’ written on poco smartphones despite being Chinese company?

Let’s know basic about ‘Made in India’ first,

Made in India: if any company manufacture their products in other country, at that time they have to mention their name as made from that country.

1) Xiaomi a Chinese Company that manufactures or assembles Smartphone in India so it says made in India.

2) Samsung a south Korean company that manufacture Smartphone in India so it says made in India.

Not only that, if any company does not follows the rule, its products will be removed from all platforms.

From this you may have understood, why ‘Made in India’ written on poco phones.

Furthermore, if you have any doubts, let me know in comment.

5. Conclusion on poco is Chinese company or not:

I have already cleared, poco is a Chinese company. The company has not revealed much about the sale of poco phones and other details.

So, don’t Decide the brand of any country unless you have the right information about the companies.

Also keep in mind that there is a difference between Made in India and India brand.

In short, not every product labeled with ‘Made in China’ belongs to a Chinese company; it may belong Indian company.

Similarly, not every product labeled ‘Made in India’ belongs to an Indian company; it may belong to a Chinese company.

When a consumer does not want to buy a product of a particular country, he mistakenly buys the same product due to lack of information.

I always think that whoever wants to buy should get what he wants. If a person buys a product based on misinformation, then the person gets upset later.

Hence, I always write for such products, brands and many more. I hope you have understood the whole article and enjoyed it while reading.

Lastly, as consumers you can take your own decisions.

10 thoughts on “Is poco a Chinese company or Indian? Poco made in India?”