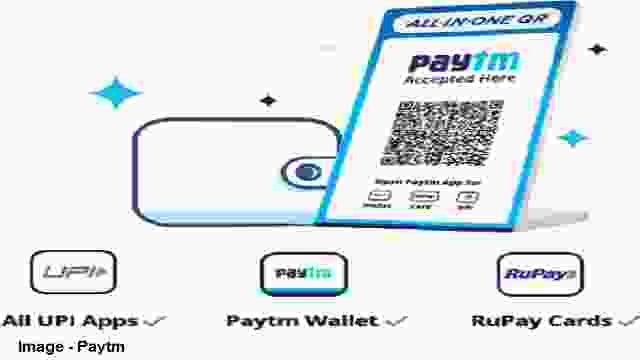 Despite being a famous company, people have many questions regarding Paytm Company. Mainly, we have the following frequently asked questions, is Paytm a Chinese company? Does Paytm have Chinese investment?

Investments made by different companies in Paytm firm may be confusing to people as they are not aware of it. There is no such thing as confusion, but to avoid it, first, we need to know whether a Chinese organization or an Indian organization funds Paytm.

We never try to take any information. As a result, it becomes difficult for us to understand the origin and owner country of Paytm Company or any other company.

Paytm online payment app is one of the popular apps in India, but in recent times, because of some issues, this app was slightly left behind other apps like google pay & Phone pee.

Currently, users are trying to get complete information about any app or product if they are using it. Users show interest in everything from investing to making any product or app.

Similarly, you came here to know about the digital payment app – Paytm. Don’t worry; I will answer your questions by keeping it short & simple.

While reading, if you have any questions or want to ask me anything, contact me in the comment section.

Paytm is an Indian company that bought the digital payment revolution in India with its launch in the year 2010. One 97 communications is the parent organization of the Delhi-based Paytm app. Vijay Shankar Sharma, a B. tech degree Holder from Delhi institute of technology, is the founder of Paytm. He launched Paytm in 2010 as a digital platform for Recharge & bill payments. In 2000, they started a parent company, one 97 communications Ltd, a mobile payment & financial service provider company. Paytm is an Indian digital payment app that provides financial services. 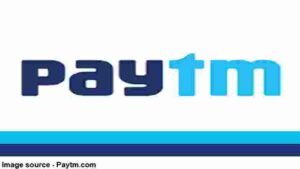 From 2000 to 2009 – one97 communications has found digital solutions for merchants & consumers from the beginning and developed everything accordingly. The company made continuous progress in digital online payments & software developments. Between 2007 and 2008, one 97 communications also acquired Oorja Mobile Services Pvt Ltd, a company for mobile marketing.

In 2010, the company launched its Paytm mobile solutions Pvt Ltd subsidiary. Along with that, they introduced their website www.paytmonline.com.

In 2012, Oorja mobile split from one 97 communications.

This is how Paytm begins a journey of being a popular & highly advanced digital platform for the public.

In 2019, Paytm was valued at $ 16 billion in its previous funding in the second half of the year. It was backed by Alibaba, Berkshire Hathaway, SoftBank, and new investor T Rowe Price. Till 2019, One 97 communications, the parent organization of Paytm, raised more than $ 3.3 billion. You can read the whole report on Techcrunch.com.

Paytm launched its IPO in November 2021 with a valuation near to $19 billion at the top end of its price band.

According to news reports, in 2022, Alibaba & ant group exited from Paytm mall by offloading 43% of its stakes.

So, Paytm Company is an Indian company & not a Chinese company. Some Chinese and American firms, including India, invested in this Paytm brand, which started in 2010, but that does not make the brand Chinese.

Hence, Paytm company belongs to India, and the Paytm app is not Chinese.

2. Who is the owner of Paytm? Who owns the Paytm app? Paytm net worth

Vijay Shekhar Sharma is the founder & owner of One 97 communications, the parent organization of Paytm. Paytm was founded by Vijay Shankar Sharma & Of course, he is the owner of Paytm. Initially, Vijay Sharma invested around the US $ 2 million in Paytm.

Paytm owner networth: Vijay Shekhar Sharm has a net worth of $ 1.1 billion, as per reports of Forbes.

3. Is there any Chinese investment in Paytm? Is Paytm owned by a Chinese company?

Paytm group has also been invested by some firms other than India, such as Ant Financial, AGH Holdings, T Rowe Price, Berkshire Hathaway, etc. To some extent, the Chinese company Alibaba has also invested. Ant Financial/ant group is the affiliate subsidiary company of Alibaba, a multinational Chinese group. Hence, Paytm is not owned by a Chinese company as its not entirely funded by a Chinese firm alone.

On Paytm official website they have provided information of investors, you can read there.

Multiple investors had invested in Paytm, including Chinese firms, but that does not make Paytm a Chinese company.

At present, Ant financial controls a 14.98% stake in Paytm Mall while Alibaba holds 28.43%. Recently, ant group & Alibaba take exits from paytm mall at around $ 5.3 Mn, as per reports of entrackr.

Not every organization can raise unlimited funds by themselves required for company developments. Most companies take investments from other firms to avoid fund shortages. So there is no big deal in having multiple investors.

4. Conclusion on Paytm – not a Chinese app?

Paytm – now you know about Paytm investments, online businesses & funding. If you have read the entire article, you must have understood that the Paytm app is not Chinese.

I have provided enough information on Paytm & I believe you also got what you need.

Paytm has been developing more secure & simple transactions since its inception.

Paytm still has a significant presence in the market with the Soundbox system. Its used for instant notifications of received payments.

Recently, Paytm launched a “made in India” Soundbox 2.0 device. It’s an advanced IoT device with a digital screen & voice-based notification.

So it’s all about Paytm & Paytm products.

My simple suggestion is that whenever you have doubts or queries about any product or app, don’t go to any conclusion too early. First, find the correct info & later decide the things that you want to do with it.

To read more such articles, hit the bell icon to get notifications. Last but not least, Do share your thought in the comment section.