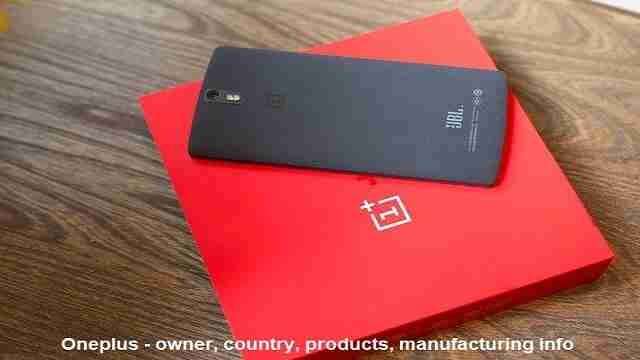 We know that there are so many Chinese brands in the market. Because of this, some consumer have following question, is Oneplus Chinese company?

Since, there are so many different brands in the market we consumers are unaware of which brand belongs to which country.

That is the reason people ask such type of questions regarding brands. With Similar concern, people also tend to know about the Oneplus brand.

Additionally, the stressful things that have happened between India and China in the last few years and the consequent increase in the use of Indian products by the people is also one of the reasons.

That’s why in recent times, people have got into the habit of looking at everything from product making to features. The same thing applies with Oneplus.

Majorly questions asked are the founder & parent company of Oneplus.

We have seen that consumer’s wants to know about Oneplus origin country, owner, manufacturing and its development in India.

In this article I will try to explain several questions related to Oneplus & its manufacturing process.

Best Oneplus smartphone that you can buy:

Contents
1. Is Oneplus Chinese company? Who is the owner of Oneplus? Oneplus parent company?
1.1 Oneplus company integration with another Chinese company Oppo to build better products:
2. Oneplus – manufacturing information
2.1 Is Oneplus made in India or China? / one plus nord made in which country? / where the other one plus smartphones made?
3. Final thought on Oneplus:

1. Is Oneplus Chinese company? Who is the owner of Oneplus? Oneplus parent company?

One plus is a Chinese company that started in 2013. It has a parent organization named BKK electronics which is also a Chinese company. OnePlus was founded by former Oppo vice-president Pete Lau and Carl Pei.

Oneplus headquarter is located at Shenzhen, China. As you know Oppo, Vivo, IQOO and Realme are the subsidiaries of BKK electronics including Oneplus as well.

BKK electronics is considered as one of the world largest multi-national Chinese Smartphone manufacturer.  Therefore, BBK electronics group is from china that operating multiple brands globally.

To talk about the manufacturing process, Oneplus has confirmed that it uses Oppo’s manufacturing line and shares part of the supply chain resources with Oppo.

OnePlus has access to various Oppo infrastructure. This helps OnePlus create products cheaply since it doesn’t need to fully invest in its own R&D, manufacturing equipment, etc.

Apart from it, Oneplus has R&D center where innovations are managed separately.

They have their manufacturing plant in Noida as well. Specialty of Oneplus is making high- powered smartphones with unique design elements with low price tags.

OnePlus made its name with rebellious marketing and hype-driven online retail strategies, portraying itself as a smarter alternative to bigger smartphone brands.

One plus and Oppo are working together since long time but made a statement that they both are independent company.

But in 2021 Oneplus officially announced about the collaboration with Oppo Company.

Let’s have some look about the collaboration.

Through a forum post, co-founder and CEO Pete Lau said that OnePlus decided to “further integrate” its organization with Oppo “after seeing positive impact” from the existing collaboration. To know more read report on Gadget360.

The confirmation about Oneplus being the separate brand is yet to confirm from their side.

But since long run in smartphone technology they are working together. So there are chances that Oneplus soon will become Oppo’s sub brand in upcoming future.

Lau says that OnePlus will continue to operate independently, despite the further integration with Oppo. But he hasn’t said exactly what would be integrated, and given the existing commonalities.

Reason for being together is that Oppo’s strong hold on its resources will help Oneplus to be more efficient in software updates.

That’s enough to make you fully aware of this collaboration. In short, these companies work together only to meet the needs and demands of different markets.

Of course, this has helped them to make a name for themselves in the market. At the same time, it increases its purchases and helps to acquire a full market.

OnePlus has been manufacturing its devices in India since 2018. In Noida Oneplus is having its Indian manufacturing unit. But some of its parts are been imported so as that of Oppo’s.

2.1 Is Oneplus made in India or China? / one plus nord made in which country? / where the other one plus smartphones made?

They import some parts and assembly of that parts done in Indian plants to make device or smartphones.

One plus phones made for Indian market are mostly use components which are manufactured in India, according to company.

Currently company has also started exporting Made in India smartphones across other countries.

Similarly, they have commenced the manufacturing of the OnePlus TVs in India. Also, they launched India R&D center (in Hyderabad) last year committed an investment of Rs 1,000 crore over the next three years.

One plus Company officials said recently on strengthen made in India smartphone making capabilities. On IANS News network, Oneplus india Ceo told about how they are increasing manufacturing strength of Oneplus in India.

“Not only are our flagship devices manufactured in India, but our mid-premium smartphones and our OnePlus TVs are also manufactured in the country for the domestic market,” Navnit Nakra, India CEO and Head of India Region, OnePlus India, told IANS.

At the same time, there are numerous doubts in the minds of the people about the country of origin. Not many people know exactly what Country of Origin means.

The Country of origin concept:

Country of origin: It indicates where a product – produced, processed or grown.

Country of origin term just indicates products journey related manufacturing or assembly. This means that Country of Origin is a concept related to products and not a brand.

In a nutshell, if the country of origin is India, then every time the product is not of Indian brand, it can be Chinese or American, etc.

So now you may have understood why Country of Origin ‘India’ appears on smartphones manufactured or assembled in India by Samsung, Mi or other brands.

I think I have made possible attempts to give brief information in many ways or from different perspectives.

I hope you get a satisfactory answer from this that Oneplus is a Chinese company. Also, the Made in India tag on it has been clarified so that it does not remain confusing.

The reason behind saying all this is that consumers are looking for information everywhere. When they buy a product, they want to know about the product, but more than that, they see which country the brand belongs to.

I have seen several times people are so much confused made in India tag, country of country, brand origin and manufacturing of Oneplus Company.

That’s why I’m trying to give you the information you need.  If you have any other questions or doubts, be sure to ask in the comments.