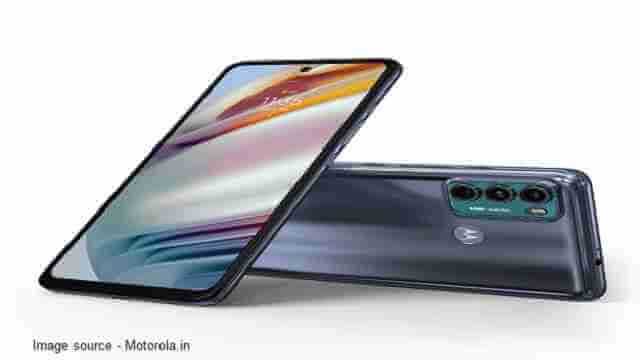 Motorola has changed ownership of the company once or twice. So, Is Motorola a Chinese company? more often consumers have this question.

Some Motorola smartphones are made in India so most of the time Motorola company considered as an Indian mobile company but that is not the case.

I will give you all the information about Motorola. Also, I will explain the frequently asked questions like Motorola which country brand? And Motorola made in which country?

Moreover, I have fully explained further about Motorola made in China or made in India.

Similarly, I have given the basic history of the Motorola Company, parts, and materials used from the beginning.

People need to have the right information about each brand and that is what I always try to do.

You will understand everything after reading this, but if you have any doubts, let me know by commenting.

Lets move towards our main topic,

1. Is Motorola a Chinese company?

Motorola Inc. is an American company that Started in 1928. In 2011, Motorola split into two divisions Motorola Mobility and Motorola Solutions. But in 2014, Motorola mobility owned by a Chinese company called Lenovo.

Motorola company originally bought by Google in 2012 but later sold to Lenovo, a Chinese company.

Google bought Motorola for $12.5 billion and then sold it to Lenovo for $ 2.91 billion for some reason. You can check on Wikipedia.

Motorola’s headquarters are at CHICAGO, USA. Also, Motorola’s main R&D center is in the US.

Motorola has manufacturing units in many countries like the US, China, India, and Brazil.

Here I am telling you the basic history of Motorola manufacturing because in the next point I will clear it completely.

When Motorola was operating under the Google’s ownership, most of the mobiles were made in the US.

At that time, smartphones were being made in a factory in Texas, USA. In 2013, they launched an American Made Smartphone called Moto X.

For this mobile, Motorola taken parts from many countries and also used US-made semiconductors and other parts.

In short, Motorola was launching a smartphone made in America.

When Motorola’s ownership taken by Chinese company called Lenovo, Lenovo smartphones and Motorola smartphones began to made under the Motorola name.

Lenovo, after taking Motorola ownership, kept the R&D center and design development in the USA but started manufacturing mostly in China.

Overall, we can see that most of Motorola’s smartphones are currently made in China or India.

Currently, Motorola has expanded its manufacturing presence in India as well.

Recently, in 2021, they have launched two smartphones, Motorola G60 and Motorola G40 Fusion, with the tag ‘made for India’.

Therefore, mostly you will find Motorola’s smartphones either made in India or China.

Mainly, these made in India phones assembled by importing Chinese parts.

In the next question, we will see the detailed answer about, Smartphones of Motorola made in which country?

Further, I have answered your questions in summarized way,

2. Where are Motorola phones made?

I have already told you that Motorola has smartphone manufacturing units in China, India, the US, and Brazil.

Motorola has some of its own manufacturing parts such as semiconductors and modem cables. So, Don’t consider that Motorola uses all the parts from China.

But when the Chinese company Lenovo took over the ownership of the company, Motorola’s smartphones research & development center was kept in the USA. But the company showed interest in increasing the manufacturing in China.

In 2015, according to some reports, Rick Osterloh, Motorola’s president and chief operating officer, said, “If you want to be among the top [smartphone] providers, you have to be in China.” It’s a maths problem,”

According to the company, moving out of China under Google ownership was very painful for them.

As a result, Motorola became more interested in manufacturing and assembling in China after Lenovo took over the company.

In 2016, according to some Motorola employees, the Motorola headquarters would remain in Chicago. But the rest of the mobile device-making operations were planned to be shifted to China.

Motorola Mobility’s headquarters is there to take advantage of its worldwide reputation, technology excellence, and the talent of the local people.

After reading all this, you may be wondering,

Why Motorola has taken such a decision in the matter of manufacturing?

Any company in the world takes many things into consideration while making a device such as a cost, customer demand, features, and many more.

But it is not so easy to make a device for that company because the company has to look at a lot of things like finance, infrastructure, components, and raw material.

Even after seeing all this, the company wants to reduce the cost and launch a competitive device in the market.

In the case of Motorola, the company was in a bit of a loss after Google bought it.

The company wanted to overcome these losses. As you know, China makes products available at low prices and on a large scale.

China is a country that easily provides components and raw materials and makes them available at reasonable prices.

So not only Motorola but many companies in the world were manufacturing in China.

Later in 2019, it was reported that mobile maker Motorola Mobility LLC would export smartphones to foreign countries by making India a manufacturing hub.

2.1 Motorola India: Motorola made in India?

“We have invested in our systems to become export-ready. From India, we can export to the rest of the world,” Prashanth Mani, Managing Director Motorola Mobility India, told Mint in an interview. “This is being done to bring supply chain and cost efficiencies, which would drive our profits. India will act as an alternate base of production for smartphones as it has cost structures similar to China.”

Motorola has a manufacturing plant at Sriperumbudur in Tamil Nadu, India, and manufactures smartphones for India. Now smartphones also exported from there.

The company currently has one Surface-Mount Technology (SMT) in India.

While all this going on, Donald Trump US president announced an increase in tariffs on Chinese imports from 10 % to 25%.

The ongoing trade war has led to an increase in the prices of products sold by many companies in the USA.

As a result, we can see that Motorola has decided to increase its manufacturing in India and export smartphones.

In 2020, Motorola started making some G Series phones in India. The Motorola G stylus (Moto G pro) was produced in India, a budget-friendly Smartphone built outside of China.

Motorola has recently launched Moto G60 and Moto G40 Fusion in India in 2021. The company has launched these phones in India under the tag ‘Made for India’.

We can say that Initially Motorola’s plant in India assembling smartphones rather than manufacturing.

Now many components from India, also used for assembly in the same plant.

However, Components not manufactured or available in India like chip and motherboard, imported from China.

Similarly, Motorola manufactures their smartphones at a Beijing-based factory in mainland China.

I think you have understood that the manufacturing and parts of Motorola smartphones made in different countries.

Even after reading the whole thing, if you have any doubts, definitely comment and ask. I will try to remove those doubts.

3. Is Motorola made in China?

Yes, but not all Motorola smartphones are made in China.

As I said before, Motorola Smartphones initially made in the USA but after giving the ownership to Lenovo put more emphasis on manufacturing in China.

When smartphones made in countries other than India and China, taxes, labor costs and import leads to increase in cost of products.

In China, the company feels a big difference between labor cost and material cost than the US, so companies prefer China.

That’s why Motorola has put more emphasis on smartphone manufacturing in India and China.

Due to the ongoing trade war, it was cheaper for all companies to make products in India.

You may have heard in the news that a lot of foreign companies from China are increasing production in India and some have already done so.

Due to this trade war, the increased tariff on Chinese imports of companies in the US began to increase the price of products.

So, Hp and dell shifted their 30% manufacturing to India and Microsoft, Google moved Some production to Vietnam, Singapore.

For these all reasons, companies now prefer India for manufacturing devices.

You may think that Made in India phones means all the parts belong to India but that is not the case.

In fact, parts of mobiles like chip and motherboard are not yet made in India till 2021, so these parts are Imported from China and Motorola phones are made.

3.1 Why some Motorola company phones called made in India?

If any foreign or Chinese company manufactures or assembles its products in India then that company needs to mention ‘made in India’ on a product.

No matter how many Indian Components or materials you are using but if products assembled or manufactured in India then you need to write ‘made in India’ on the product.

For example, Samsung South Korean company manufactures smartphones in India So Samsung smartphones labeled with a tag made in India.

So this is enough information that I have told you about Motorola smartphones Made in China and Made in India.

However, if you have any questions or doubts, please comment. I will definitely let you know.

4. Conclusion about Motorola is Chinese company or not:

After reading the above information, you may have noticed that Motorola Mobility operates under the ownership of the Chinese company Lenovo.

As you may know, companies have to make many changes due to some losses, sources and supply chain disturbance.

In the case of Motorola, however, something similar happened and the ownership changed.

When the Chinese company Lenovo bought all the shares and ownership of Motorola Mobility from Google in the United States, it moved most of the Moto’s manufacturing operations to China.

For any company to stay at the top of the market, it has to launch a device with cost effective and high end features.

Beijing based factory mainland China, Brazil & US were making their smartphones but it started to focus more on India.

Nowadays, People in the market put more emphasis on looking at the country of origin while buying any product.

Also, they see the country in which that product made while buying.

So, companies get benefits and positive marketing environment with tag ‘made in India’ by manufacturing or assembling in India.

As a result, for companies India become a best option for production.

In the end, I will just say that you should not avoid products without having the correct information of any company.

I saw that a lot of people wanted to know about Motorola and its smartphones making, so I decided to write about it.

Hope you all understand so much about Motorola.

Let me know in comment what do you think on it?