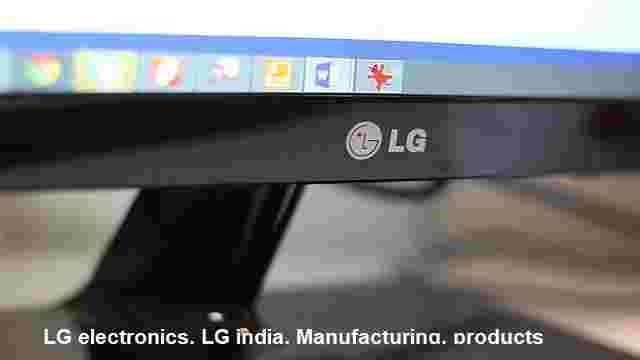 LG – Chinese company? Not many people know the country, from which LG started, but LG’s products have reached every household. That’s why everyone knows about LG Company.

Most of the time we are using the products of a company but we do not know exactly which country it belongs to.

In recent times, the country in which the product is made has become very important. As you know, you see consumers endorsing Chinese products.

You all know the reason behind this and in such a situation people are getting information about the product as well as the brand origin.

This is one of the reasons why people seem to know about brands and products.

On the other hand, confusion is due to a lack of proper brand information and the product purchased from it. For several such reasons, people now look at not just the product but the brand.

In the same way, you want to know about LG origin country, Owner of LG company, LG India, manufacturing, and many more.

As LG manufactures some products in China that doesn’t mean LG is Chinese company.

LG Electronics is one of the largest consumer electronic brands. We all know that the LG brand means trust, quality, Standard, and high innovation. It has its unique place in the market and continuously making efforts to fulfill consumer needs.

Therefore I will try to resolve your every query or doubt related to LG Company. Also, you will get informed about the manufacturing and developments of the company.

Contents
1. Is LG a Chinese company? Or LG Company belongs to which country?
1.1 LG Journey for making products (Basic):
2. Where are LG products manufactured?
2.1 LG TV manufacturing:
2.2 LG Home appliances making plants:
2.3 Refrigerator and other products:
2.4 LG Smartphone manufacturing and current updates of it:
3. LG India – LG lunched in India and LG development in Indian market:
4. Is LG made in china? LG company- Chinese production details
4.1 Is LG owned by Samsung?
5. Final thought on LG is Chinese company or not:

1. Is LG a Chinese company? Or LG Company belongs to which country?

LG is a South Korean multinational electronics manufacturer company that started in 1958. LG got its real start in 1947 when the brand was known as Lucky Goldstar. In those days, products were marketed under the name Gold star or Lucky. Thereafter, LG Electronics was launched in 1958 and the product was branded under the name LG.

The LG Company is headquartered in Seoul and Koo In-hwoi is the founder of LG electronics (Goldstar). LG’s business has expanded a lot and Lg makes a wide variety of products. These include telecom, electronics, and chemical products.

LG Telecom, LG Display, LG Electronics, LG Chem, and Zenith are the subsidiaries of LG. Through different subsidiaries, LG presented itself in more than 80 countries.

LG has always been strived to create products that people want, that satisfy their needs, make them happy and make their lives even better.

Going forward, Lucky Goldstar bought American TV manufacturer, Zenith. Ever since LG Company’s journey started, we have seen that they have strengthened their manufacturing in every country.

LG’s manufacturing is spread all over the world and their distribution network is just as strong.

As I said LG has a variety of products and It Makes almost every type of product such as TVs, refrigerators, laptops, computers, air conditioners, washing machines, smartphones, etc.

In recent times, LG has stepped up its efforts to make India a manufacturing hub, with most of China’s production being diverted by LG Company to Vietnam and India. This is basic information, so in the next point, we will look at detailed information on it.

So LG is not a Chinese company but a company from South Korea.

Summarized answer to your question:

2. Where are LG products manufactured?

As LG is the largest manufacturer of consumer electronics products, its manufacturing is globally spread across many countries around the world. According to the requirement of products, their manufacturing is in different countries like South Korea, India, United States, Vietnam, Japan, China, etc.

In addition, LG has recently set up new facilities in Vietnam, the United States, and India. Another thing to keep in mind is that the reason for manufacturing in different countries is simply to save money on tax benefits, logistics services, and import-export duty and thus make it easier for producers to maintain the prices.

Let us now briefly look at the product vise where the manufacturing units are.

LG manufactures its televisions in South Korea, India, China, Mexico, Poland, Indonesia, and Russia. In 2019 Lg shuts down its Poland display factory but decided that they will continue TV manufacturing unit.

Mainly, LG made its display in Korea and China. But recently LG also shifted its focus from China to India and Vietnam for display manufacturing by starting new plants and investing more.

Similarly, LG television manufacturing takes place in other countries such as Mexico, United States, Russia, and Indonesia. Recently, LG decided to increase production capacity in Indonesia to make it a regional hub.

According to reports, LG will increase the capacity of the Indonesia plant by up to 50% annually. It will be helpful to fulfill the demand for the Asian and Australian market.

In India, LG has two factories for manufacturing all types of product categories. LG manufactures its home appliances like refrigerators, washing machines, TV and other devices in Pune and Noida plants.

The washing machines in India are made especially for the Indian market but Lg also exports from India to Africa and some other countries.

Vietnam also covers a large part of Asia in terms of Home Appliances. At the same time, plants in Egypt cover the demand for washing machines, especially in African countries, and plants in the United States cover the US market.

2.3 Refrigerator and other products:

Now the new plant in America is capable of supplying or fulfilling the demand for the American market.

In the same way, you can consider for air conditioner. So this is all about LG home appliances and their manufacturing units.

You need to understand that company has manufacturing units globally so they select manufacturing places according to an area of demand for a company and consumer convenience.

2.4 LG Smartphone manufacturing and current updates of it:

The reason why LG has taken this step is that the company has not been able to grow in the Smartphone market in recent times. The company realized that people want smartphones that make things easier and work better. The LG fell a little short in doing this.

On the other hand, to meet the needs and demands of the people, their competitors like Samsung, Apple, and other companies were well versed in making such phones in a real sense. That is why the company decided to stop the Smartphone business in 2021.

Those who are currently using LG smartphones will continue to get updates and services for the next three years. Some of these smartphones are from 2020 such as LG stylo etc. They will get an update for at least 2 years. You can read whole report on androidpolice.com.

Is LG an Indian company?

LG Electronics India is a subsidiary of LG Electronics, a South Korean company. It has been working in India for two decades and has become a household name in India.

In 1998, LG started manufacturing from its Noida plant in India. Currently, the Pune Manufacturing Facility is also playing an important role in making their televisions and other consumer electronics products. In ranjangaon, LG makes televisions, refrigerators, and air conditioners with assembly lines spread over 55 acres.

LG, the second-largest televisions manufacturing brand in India, has recently expanded its manufacturing presence. In 2010, LG invested 450 crores for the expansion of the Pune plant.

LG has been investing regularly in these plants and this shows that it wants to make India a manufacturing hub. The Company officials are very clear about this and you can easily understand their goal in India from the next statement made on PTI.

“We would like to make India as a production hub not only for India but also for the Middle East and Africa markets. If possible, we would also add some South Asian markets also,” LG Electronics India Managing Director Ki Wan Kim told PTI.

So LG is not an Indian company/Chinese company. LG operates in India through its subsidiary “LG India”.

4. Is LG made in china? LG company- Chinese production details

Some LG electronics products are made in china but that is not big thing. Because China is just a similar country like Korea, India, Indonesia, etc. that manufacture products for LG company.

Of course, we must agree that they used to be more dependent on China but currently LG trying to shifting focus towards other countries.

We all know that last few years china is the only option for companies to manufacture all types of products at low prices.

That’s why all the companies used to choose china as a manufacturing option. But now things are changing because china’s manufacturing does not remain price competitive for making products as much as before.

According to some news report (2019), Samsung, LG, Hyundai & Kia started shifting some production from China, to reduce overdependence on China.

In many interviews, company officials shared their plans and also told about shifting production out of China.

According to a Financial Express report, LG India is encouraging its other global units, which are shifting away from China, as it has not remained very cost competitive, to source more from India. “We are internally studying, like once China was our manufacturing hub for the global market, but they are losing competitiveness and so we are shifting to countries mainly to Vietnam. But, I am also inviting them to India (LG Global),” said Kim

This shows that the company is moving some production but you should not misunderstand that the company will move all production. Any company decides the product according to its market and consumer demand so all the manufacturing units are important to them.

Aa per company’s announcement in 2021, the manufacturing capacity of OLED displays in China will increased up to 50% more than the first capacity.

5. Final thought on LG is Chinese company or not:

Well, I have tried my best to resolve your doubts, queries and provide appropriate information that you want. Now you know that LG is not Chinese company.

I just explained everything about origin country, Owner, Manufacturing, Subsidiaries and other details of LG Company.

Although, If you have any more questions or doubts, feel free to make comment.

2 thoughts on “Is LG a Chinese company? Is LG made in china? LG details”