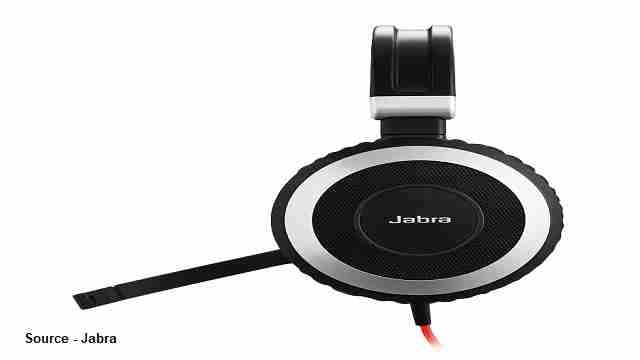 You must have heard about the quality and high-end products of Jabra company. The Jabra offers a different listing experience than regular headphones. I noticed that some consumers don’t know about Jabra brand. So, is Jabra Chinese company? This question is in the mind of the consumer.

Mostly, consumers understand many companies as Chinese because they do not get the right information.

Especially companies like Jabra that do outsource manufacturing may mistakenly considered as a Chinese company by consumer.

If some consumers see a ‘Made in China’ tag on a product, they think the company is Chinese, but that is not always the case.

However, if you want to avoid the product of any country for any reason, first find out which country the product belongs to and only if you are sure then avoid.

As far as I have seen, 70-80% of buyers appear to be avoiding the products of many companies just because they have less information.

Let’s take a look at the made in china tag on jabra, jabra manufacturing country, and ‘Jabra India‘ to reduce the doubts about Jabra.

Jabra is a Denmark based (Danish) company known for its headphones and video conference systems.

GN Audio has owned Jabra that formally known as GN Netcom. In the year 2000, Jabra acquired by GN Audio.

Jabra is a subsidiary of GN Netcom and GN Audio is part of a Danish company called GN Group.

GN Netcom has manufacturing facilities in many countries like U.S, Asia and Europe. Not only that they have associates and distribution channels in more than 75 countries.

Mainly, Jabra headphones designed and engineered in Denmark but manufactured in China.

It has an R&D center and manufacturing unit in china. In 2012, Jabra moved to its R&D center in China.

Therefore, mostly Jabra headphones are made in china but that does not make the company Chinese.

The company has also decided to expand its presence in India and is currently opening its own offices.

In 2020, Jabra launched the Elite series in the TWS (True Wireless Stereo) category and people are still responding well after using it.

They have recently launched the Evolve series in India in 2021 and you get these headphones with 2-microphone call technology for voice calls and online meetings.

So, Jabra is not a Chinese company.

Similar type of other questions and answers:

In 2013, Jabra Company decided to expand its presence in India by making an agreement with Redington for marketing and distribution.

Further, to strengthen this presence, the company had decided to open two offices in Chennai and Delhi.

In 2018, Jabra had joint ventures with Innova Telecom ltd to increase its presence. Innova has been distributing the GN Audio flagship brand for a long time.

After this joint venture, the share had increased to 51%. According to the company, the number of operations in India at 9 locations will increase to 21.

2. Where is Jabra manufactured?

All Jabra products are designed in Copenhagen, Denmark, and manufactured in Shenzhen, China.

The company’s products and headphones are made by maintaining high standards. Although all products are made in China, special attention is paid to the components and their quality.

So, when you buy Jabra headphones, you will be charged a higher price, but they also provide the same value and quality.

As I mentioned earlier, GN Netcom has manufacturing units in other countries. But Jabra products or headphones are not made there because they do manufacturing in china from beginning.

There can be many aspects behind it so we can’t know everything about it.

I have read about the reasons behind many companies manufacturing in China and I can tell you that there are many things like component availability, tax benefits, and infrastructure in China.

In the case of Jabra, Jabra China has become the first company in Fujian Province to get tax-free on all imported equipment used for product development.

Jabra has already started manufacturing in China and at the same time made high-end devices by maintaining proper standards.

Of course, you can buy any of Jabra’s products without any hesitation and especially try its wireless headphones they will definitely not disappoint you.

As I said above, every company has its reasons for outsourcing manufacturing in other countries.

Not only Jabra but many companies around the world manufacture products in china and there is nothing wrong with that.

A company’s manufacturing country and owner’s country may be different, so it’s not always the same.

Considering all the factors that are suitable for True Wireless Headphones, I have selected Jabra Headphones below. You can buy any one of them.

All your doubts about Jabra must have been allayed and you must have understood that this is not a Chinese company.

The only reason I write about many brands is that I want people to have the right information.

I have always believed that a person should get the product he wants. Consumers often take the wrong products due to lack of information and then they feel bad.

Many people were skeptical about the Jabra brand and misunderstood Jabra as one of the Chinese company, so i wrote this article to avoid misconceptions.

This is my small attempt so that consumers do not want to avoid a professional company like Jabra for no reason.

Of course, Jabra should consider manufacturing in other countries too, including China, or consider implementing it as soon as possible. Lets hope they will do it in future.

Even though I have explained almost everything, you are able to make your decision.

2 thoughts on “Is Jabra Chinese company? Where is Jabra manufactured?”