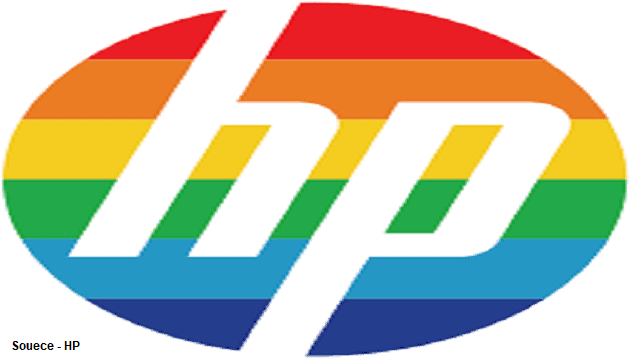 More confusion about brands makes a negative impact on them. As a result, a consumer can’t understand the difference between made in China and Chinese companies products which leads to company losses.

Similarly, consumers have queries about Hp Company and its products. So I will try to cover all the points in this article.

Firstly, I will explain to you about the origin country of hp and some evolution journey of hp brand.

Secondly, I will try to clarify about the manufacturing of hp, made in china tag on hp products and some recent developments.

Lastly, we will cover other concepts like country of origin.

Also, while reading the article, if you have any more doubts or have any questions, please comment.

Best Hp laptop, printer and keyboard  that you can buy,

Contents
1. Is Hp a Chinese company ? or Hp company belongs to which country?
1.1 Splitting of HP:
2. Where are hp laptops made? Or where does Hp manufacture their products?
3. Is HP made In China?
4. HP Manufacturing Facilities in India:
5. Final thought on Hp – Chinese company or not:

1. Is Hp a Chinese company ? or Hp company belongs to which country?

Despite having a manufacturing plant in Beijing, China, Hewlett-Packard, or HP, is a well-known American and multinational brand. Its headquarters are in Palo Alto, California, United States.

Hewlett-Packard or HP is popular for manufacturing powerful laptops and printers. It’s based in the USA. Bill Hewlett and David Packard founded the company in 1939.

Similarly, over 66,000 employees work for the company, its headquarters in California, the US. You can select a variety of laptops from HP. Most importantly, HP holds a good reputation among its users.

The company has a similar starting story as other famous brands like Apple, Amazon, and so on, meaning two men named Bill Hewlett and David Packard founded HP in a one-car garage in Palo Alto in 1939. Initially, they offered a line of electric test and measurement equipment.

In fact, the HP Garage at 367 Addison Avenue is now called California Historic Landmark, and people often call it the “Birthplace of ‘Silicon Valley.”

In 1939, when the firm won its first big contract to provide instruments for Walt Disney’s production of Fantasia, the company made its official debut as a brand on July 2, 1939.

According to a BBC news report in 2014, Technology giant Hewlett-Packard, known as HP, was to split itself into two separate companies. Splitting into two divisions completed in 2015: Hewlett Packard Enterprise, selling servers and enterprise services, and HP Inc, selling PCs and printers.

HP offers spectacular services to small and medium-sized businesses, such as the HP Information Management Software, marketing, and management program.

So, Hp is not a Chinese company and Hp belongs to America.

2. Where are hp laptops made? Or where does Hp manufacture their products?

Hp has manufacturing in multiple countries where components or parts of hp laptops or products are made. Mainly, hp source component from china and apart from china, hp import or source parts from countries like Malaysia, Philippine, etc.

In recent times hp shifted some manufacturing from China to other countries. It happens because of Donald trump’s announcement about 10% hikes of tariffs on Chinese imported products.

So Hp made products as per area and its consumer requirements, needs, and demands.

Therefore, they follow different standards for products as per area or demand. That is why you may find a difference in the quality of laptop if you compare between USA and Asia market.

HP also has a plant in Beijing, China, similar to its manufacturing plants in other countries. Hp’s products or laptops that are made or assembled there have to be tagged as Made in China. But that doesn’t mean all parts used in it are made in china.

Moreover, we can’t say how many Chinese parts they have used in it. So, you will see some hp products or laptops labeled with made in china as they made or assembled in Chinese plants but not all products of hp made there.

In addition, not all components of hp products made in China. As I said above, hp imports components from the Philippines, Malaysia, etc.

We must agree that most of the hp products or laptops assembly is done in China. But we cant decide about parts used in it because hp imports parts from multiple countries.

Recently, hp has had to relocate some of its manufacturing to other countries due to difficulties in importing products from China. The problem is the tariff on Chinese imports raised by Donald Trump and the subsequent supply chain disrupted by diseases such as corona.

In 2019, trump announced an additional tariff of 10% on the 300 billion dollars of goods and products coming from China.

Since Trump and China’s president tangled, many people asked is HP a Chinese company or does it manufacture in China.

Efforts to appear as an American company with Chinese roots led HP to acquire 3Com through the acquisition of H3C. HP benefits from H3C’s status as a Chinese company, which is why HP wants it to remain one. Chinese companies receive special treatment and authorization from the government.

HP isn’t an emerging brand in India because they have had a printing R&D center Pantnagar in Uttarakhand since 2006 and a center in Bengaluru.

Similarly, HP India has a more than $2 billion annual revenue, making it the love of Digital India. Nearly 600 exclusive HP World stores are located throughout the country, and there are more than 10,000 resellers and partners.

With consistently double-digit revenue growth, HP has been growing in India. According to IDC, nearly one in three computers and one in two printers sold in India belong to HP.

Now, HP Inc has started PC manufacturing at the Sriperumbudur, Tamil Nadu, facility of electronics giant Flex, as part of its ‘Made in India’ initiative.

In addition to meeting current and future customer needs, the new facility will also help HP increase operational efficiency, HP said in a statement. As needed, the plant can expand its manufacturing capacity.

HP India Market Managing Director Ketan Patel stated, “We are committed to India and look forward to expanding our partnership with the local manufacturing ecosystem with the opening of this new facility.”

5. Final thought on Hp – Chinese company or not:

After reading an entire article, we know that Hp is not a Chinese company.

Our market has so many brands and no one knows detailed information about it.

Sometimes having no information leads to raise the confusion regarding these brands.

Mostly consumers consider Indian companies as Chinese and Chinese companies as Indian. Therefore, to avoid such mistakes we need to know about brands.

I have tried my best to explain to you about Hp Company. Although, if you have more queries or doubts, then feel free to make comment.

3 thoughts on “Is HP a Chinese Company? Where are HP laptop made?”