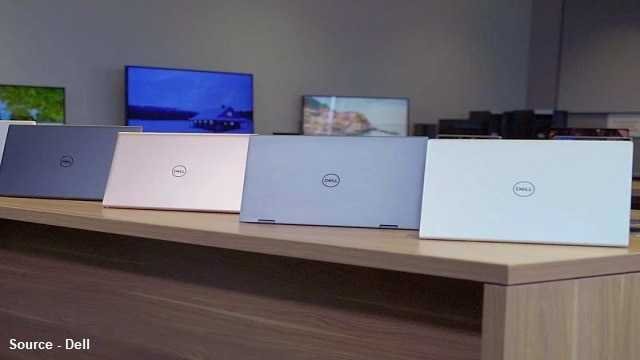 Is dell a Chinese company? This question comes to the minds of many people. Nowadays, consumers look at product details along with specifications when buying products.

People pay a lot of attention to the country from which the product imported and Also where the assembly or manufacturing takes place.

In addition, many consumers decide whether or not to buy a product based on whether a company has imported materials or products from China.

With the same concern most of the people want information about Dell manufacturing, Import and many more.

So, I will try to clear all your doubts about Dell company.

If you have any questions or concerns, please feel free to comment.

Table of Contents
1. Is dell a Chinese company?
Manufacturing focus:
2. Is Dell made in China?
Why Dell looked for parts outside of the US?
3. Dell laptop made in which country?
3.1 Dell company shifting from Chinese factories to some extent:
3.2 Dell Company in India (Dell India):
4. Why ‘made in china’ written on the charger of dell’s laptop despite being a Non-Chinese company?
5. Conclusion on dell is Chinese company or not:

1. Is dell a Chinese company?

Dell is an American brand that started in 1984. The company founded by Michael Dell and headquartered in Texas, USA.

Dell is a leading brand in professional IT company and computer technology.

It is one of the biggest brands in computer technology in the world.

The company’s manufacturing and assembly units are worldwide.

In Asia, it has units in countries like China, India, Singapore, and Japan. There are also units in Austin, Brazil, Poland Limerick, Ireland, and Malaysia.

Initially, the company was mostly manufacturing products in the USA such as computers, laptops but later the company started outsourcing for parts and other things.

From Japan, Taiwan, and China, they decided to outsource the parts and other things needed for their products.

The reason behind this is that considering the low cost of production, labor cost, efficiency, and many more, the company decided to move to other countries.

Among them, the company placed more emphasis on parts and products from China than any other country.

Primarily, Dell was dependent on China for their laptops and other accessories. In the next question, I will explain this in detail. So for now we will look our ongoing point in detail first.

As you know, China named as “The World Factory”.

China provides low-cost and efficient parts with the latest technology. So not only Dell but many other companies are dependent on China.

But when it comes to product quality and long-term use, US citizens or consumers dislike products assembled using Chinese parts or from China.

Therefore, Dell manufactures its professional, specialized, and high-quality laptops/computers in the US.

Moreover, for the Asian market dell has been shifting focus of manufacturing from China to India.

Dell always keeps the price range in line with the type and features of laptops and their models.

In short, the price and standards of laptops in the US will look good and different, that is, features and quality are maintained according to the price.

As I told you, in the Asian market, you will mostly find laptops assembled or manufactured in China at a lower price than in other foreign countries.

This is about the company. Another important thing is that Dell is shifting 30% of production from China considering the US market demand and importance.

So Dell is not a Chinese company but an American company.

No, not all Dell computers and laptops are made in China.

Of course, Dell imports most of its parts from China and other countries.

Along with china they import or make personal computers in Taiwan and Japan. I think you must all agree with this.

However, you may be wondering,

Why Dell looked for parts outside of the US?

The first is that every company needs to be at the top of the market. Subsequently, company wants to offer valuable products to the people.

At the same time, any company would need to maintain the cost of the product.

Dell needed to maintain its position in the competition in foreign countries.

Considering the American economic factors and other countries’ economic factors, it was important to compete in the market by making a laptop or computer at an affordable price.

So Dell decided to outsource from Japan, Taiwan, and China, taking into account the economic factor, low cost production, labor cost, component sources, and many more.

Not only that, you may have heard about smartphones, many companies either import from China or make mobiles there. But now some of them started shifting from china.

What hasn’t happened in the last few years has been caused by a terrible disease like a corona. Corona has caused many countries and their people to suffer a harder time.

You may have read the news that in 2019, Dell, HP, Amazon, and Microsoft had decided to shift some production out of China. I will fully explain this in the next point.

Therefore, companies were already shifting and after the corona disease in 2020, more and more companies are shifting production from China.

So stop giving credit to China for everything, don’t avoid other companies’ products thinking that everything made in China for no reason.

3. Dell laptop made in which country?

Not Dell but many companies in the world take / import components from other countries or assemble / manufactures in other countries so that they can reach affordable Cost, Skilled Employee, and worldwide market.

This specially know as hybrid-model and followed by many companies.

For Asian countries, you will mostly find dell laptops made in china.

As I told you earlier, American consumers are often reluctant to buy Dell laptops because of the use of Chinese parts and due to quality concerns.

With that in mind, Dell makes some super-specialized and professional laptops in the USA, not in China for American or quality demanding consumers.

Almost 30% of the total notebook production in China that Dell planning to relocate out of China, according to some news reports.

Hence, Not every dell company laptop are made in Chinese factories or made in china.

3.1 Dell company shifting from Chinese factories to some extent:

In 2019, Donald Trump announced a 10% tariff on $ 300 billion of Chinese imports, which included consumer gadgets, smartphones and notebooks. After this decision the companies got into trouble that is highly dependent on China.

The ongoing tariff and trade war over Chinese Made products forced many companies to go through a painful process.

Hp and Dell, the world’s leading manufacturers of consumer electronics, were considering moving out of China for production.

They fear that the country’s position as a world powerhouse for technology will deteriorate.

U.S. companies, long accustomed to using China as the world’s workshop, are exploring alternatives as tensions run high and Beijing shows a willingness to clamp down on foreign firms within its borders. It’s a shift that may herald a broader, long-term trend as Beijing and Washington continue to spar over everything from market access to trade. To know more in detail read a news report of livemint regarding this.

Due to the trade war, not only the US and China but also many companies in the world had and still have the threats of disrupting the supply chain.

Both HP and Dell account for 40% of the world’s computer makers.

According to some sources and news, 30% of Dell notebook production was to be taken out of China.

Some of Dell’s notebook production like ‘Pilot Run’ has already started outside of China, in the Philippines, Taiwan, and Vietnam.

Dell Inc. had invested around $ 30 million for the Chennai-based plant when it started manufacturing in India.

About 2700 employees were working in this manufacturing unit. Later, Dell increased its investment in the new Chennai plant to $ 60 million.

“Our plant’s capacity is 3 million units. We are making around 1.4-1.5 million units. The balance capacity can very easily be met by a few countries around us,” Dell India president Alok Ohrie told ET.

It has the second-largest facility in India in terms of workforce after the US. Moreover, complex technology works have been happening in India offices.

Dell has shown interest in expansion in India to balance component and manufacturing ecosystems.

Since then, they have adopted a policy of gradually expanding manufacturing in India to export as well.

4. Why ‘made in china’ written on the charger of dell’s laptop despite being a Non-Chinese company?

Products that are manufactured or assembled in China and imported to another country. In such cases, Its required to tag the product ‘Made in China’, regardless of whether the company is Indian or foreign.

Similarly, if a Chinese company makes a product in India, they also have to write Made in India on the product.

For this, you need to know basic three concepts,

Country of Origin – It indicates where a product – processed, produced, or grown.

Made in China – If any company manufacture or assembles products in china then that company need to mention ‘made in china’ on products.

Made in India – If any company manufacture or assembles products in India then that company need to mention ‘made in India’ on products.

As you know, Dell is a global manufacturer, so parts or laptops are made in many countries, and China is one of the countries that make Dell products.

That is why I say that you give all the credit and hard work of every company to China for no reason.

5. Conclusion on dell is Chinese company or not:

You must have understood after reading the entire article that Dell is not a Chinese company and not an Indian laptop company also. But it is clear to you that Dell is an American company.

Keep in mind that if any company makes products in China, then that company does not become Chinese.

My opinion is that some consumers do not want to buy the products of some countries but due to lack of information they buy them by mistake. This causes the consumer to get upset later.

Hence, I always say that the consumer needs to get what he wants. With all this in mind, I always try to share information about many such companies with you.

If you look at the recent times, you can see that many companies are shifting from china. Actually, it is not appropriate to be over dependent on another country for components or material sources.


Many companies, especially in India, have experienced this and also they have decided to turn towards manufacturing in India.


Of course I agree that companies were more dependent on Chinese imports and production but now things are changing.


So things are slowly changing and we need to stop talking about companies with old history.

As consumer you can select products that you simply want and for that you need to check information of product by your own.

For all following questions,