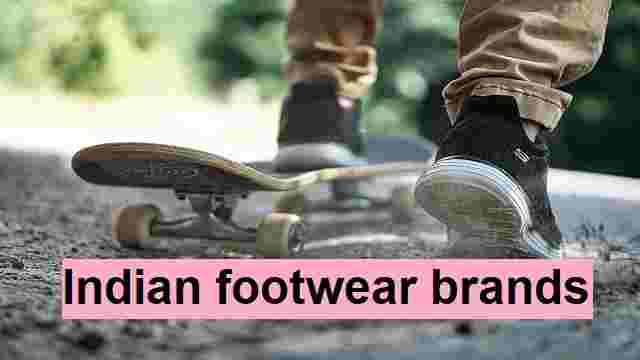 Like many other things, most people have an eagerness to know about Indian footwear brands because they want to use homegrown brand products.

Apart from Indian brands, foreign brands also dominate the Indian market. In this footwear category, our Indian brands have the same and tough competition as other fields such as smartphones, electronics, and production industry, etc.

We have plenty of Indian footwear companies that provide professional, premium, affordable, quality, stylish, and fashionable footwear. But our consumers don’t know about it.

So I will inform you about footwear manufacturers in India, Indian footwear companies, and their manufacturing details.

However, while reading an article if you want to ask anything feel free to comment. Liberty shoes is India’s leading footwear brand, making its mark not only in India but also in markets outside India. In 1954, Mr. P.D Gupta, Mr. D.K Gupta, and Mr. R.K Gupta started the Liberty shoes company.

The Haryana-based company Liberty shoes were initially manufactured only 4 pairs per day. But now the company has six manufacturing units and makes 50,000 pairs of footwear a day. That means the company has built everything from scratch and created its position as one of the top Indian footwear brands.

From this, you can understand that the company has built a big world from a small start.

The company has a global distribution network with 50 showrooms apart from India. So liberty shoes is among the top Indian footwear brands. 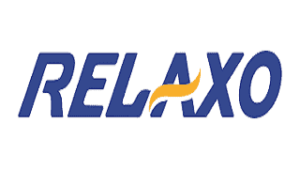 Relaxo, a multinational footwear manufacturer started in 1976, has now emerged as the largest Indian footwear company. The Dua brothers Mukand Lal Dua and his younger brother Ramesh Kumar dua are the Founders of relaxo footwear. Now Relaxo has established itself as one of the largest footwear companies in India.

Its Delhi-based company and originally known as relaxo footwear limited.

In the market, Company sells its footwear under sub-brands such as Hawaii, Sparx, flite and Bahamas, etc. The company manufactures and sells footwear under 10 brands. Through such different brands and strategies, Relexo became a household name.

So it makes footwear of many styles, designs as well as for men and women with different fashion categories in the affordable price range.

In 2020, relaxo footwears were announced about setting up a new manufacturing facility in Bhiwadi, Rajasthan. As per company info, they decided to invest around 150 Crore For this facility. 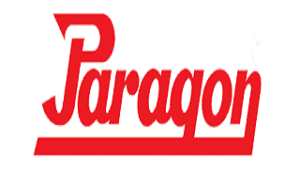 Established in 1975, Paragon is a leading Indian footwear brand. The brand started in Kerala i.e. South Area of ​​India and from there it became popular all over India. Paragon’s founder PV Abraham and the company’s CEO K.U Thomas, K.U Scaria, laid the foundation of Paragon.

The Paragon Company was started in 1975 and also launched a production line in the same year. Initially, paragon had a production capacity of producing 1500 pairs of footwear per day.

As I said, Paragon got a huge boost from Kerala, and after 1982; the company entered other states besides Kerala with footwear products.

So, today the production capacity of the company has reached more than 400,000 pairs per day which were once 1500/day.

Paragon has its R&D center and five manufacturing units for footwear production.

According to the company, they have been doing distribution through 17 depots, and for retail shops, they have 500+ distributors who deliver stocks at every corner of the country in a possible short period. Founded in 1966, Lakhani is an Indian footwear company that offers premium quality made in India footwears. Parmeshwar Dayal Lakhani is the founder of Lakhani Footwear Company.

Lakhani made a lot of progress from the beginning and brought its brand to the forefront.

Further, Mayank Lakhani laid the company in the right direction with its supervision and reinforced the brand’s foundation. Now the company has gained a significant position in the market and will continue to serve India’s market needs with its premium footwear.

Lakhani manufactures its footwear by sourcing raw materials locally. Mainly company sources raw materials like rubber from South India and other materials by itself from Delhi, as per company information.

Therefore, Lakhani is an old and most popular Indian footwear company. 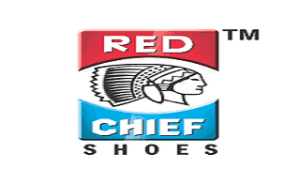 Red chief is an Indian origin footwear brand that launched in 1997. The red chief brand launched under leayan global private limited, which is part of RSPL Ltd. Manoj gyanchandani is the founder of Red chief Company and has been expanding the company as a driving force.

Before 1995, Manoj gyanchandani had earlier started the shoe export business but later realized that there was a dearth of suitable shoe brands in the Indian market as well. So he started red chief brand in India.

The most important thing is company manufacture almost 80% of their products and the remaining 20 % of products from third-party manufacturers with all quality checks. For more information, you can read an entire report on Yourstory.

So, a red chief is one of the best ‘made in India’ Indian-origin shoe brands. 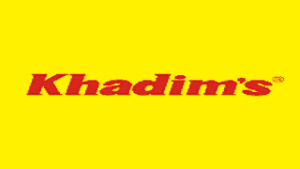 khadim private limited, also known as khadims is an Indian footwear company. However, KM Khadim & Co Ltd was a footwear shop in chitpur which was bought by Satya Prasad Roy Burman in 1965.

Khadim’s was incorporated in 1981 and further company expanded business by recognizing future in the retail market. It has a manufacturing unit but mainly they manufacture through third-party vendors in India.

Khadims has more than 200 third-party vendors from which material and footwear are sourced. The company sources products from Northern and Eastern parts of India such as Agra and Kanpur. In short, khadim’s company, especially its outsourcing strength, is very strong.

Starting from two stores in Kolkata, this ‘khadims’ is now operating in 23 states and more importantly, it is continuously growing.

Starting from two retail stores, khadims has now reached more than 785 branded retail stores and it is clear that it has succeeded in building everything from scratch. Similarly, they have strengthened their distribution network just like retail stores.

So no doubt khadims is a leading Indian brand among the top Indian footwear brands. 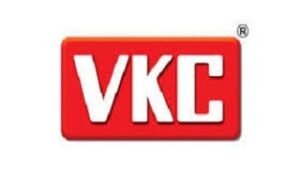 VKC Group India was started by V.K.C mammed koya in 1984. Politician V.K.C Mammed koya is the founder of VKC Group. The V.K.C Mammed koya journey shows a lot of struggle as he was working as a contract employee, tea seller and thus living a life full of hard work.

Despite being less educated, he went ahead and started working for his friend’s company in such a difficult situation and left after some time as he joined the agitation of employees in the company.

Later, with the help of his brothers, koya started laying the foundation of V.K.C.

So, he launched VKC Footwear Company in Kozhikode and started manufacturing in 1985 with its first production of Hawai chappals.

Then the trend of PVC chappals came and as the use of Hawai chappals decreased, the company started producing PVC chappals.

The VKC Group has numerous production units and has always focused on production. The company has about 20 manufacturing units.

VKC is the best and affordable Indian footwear company. 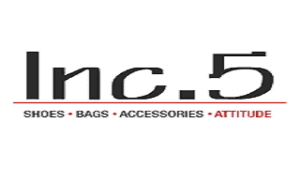 ‘Regal shoes’ is a family-owned business that was taken to a great peak by Almas Nanda and her brother Amin virji. Almas Nanda founded inc.5 in 1998 to fulfill the market needs with new emerging fashionable footwear.

Amin Virji, Almas Nanda’s brother, who is the Managing Director of inc.5, has also helped bring his sister vision’s to a greater level.

The grandfather of Amin and Almas started the company “regal shoes” in 1954 and laid the foundation, and that’s where the journey of a family business began.

Inc.5 emphasizes precision especially with fashion as Almas Nanda has already been paying attention to maintain the fit comfort of footwear for the customer.

Initially, she started Small inc.5 Store and provided fashionable, trending footwear for young girls. Further, she went to many places and after seeing market needs, demands, and trends, she involved all these things into their footwear.

Inc.5 shoes Private Limited was formed in 2001 by merging both regal Shoes and Inc.5. Now company enlarged its business in Tanning and dressing of leather, manufacture of saddler, luggage handbags, & harness.

Product manufacturing of the company is done through a contract. At the same time, some material is imported from other countries.

In terms of product sales, the company strength in the offline market seems to be greater than online.

The brand, which started as an ‘Indian origin shoe brand’, has now expanded to other footwear and fashion-related products categories.

So Inc,5 is an Indian footwear company that continuously satisfying customers by providing comfortable, fashionable, and quality footwear. 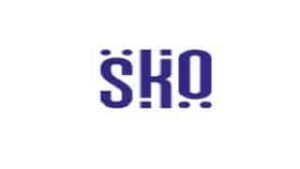 Nishant Kanodia started the SKO brand in 2018 with his capital investment after leaving his job in London and returning to India. His family running footwear business for long time and of course after coming to india, Kanodia entered in footwear industry through SKO footwear company with his own investment.

SKO is a luxury Indian footwear brand that has been launched especially in the premium segment of footwear to bridge the gaps in the market in terms of footwear durability, comfort and design.

After research and survey of Indian market, SKO owner found lack of clean aesthetic. That’s why he decided to work on it through its own SKO brand.

Well, I have told you enough information about Indian footwear brands and its manufacturing developments. After reading entire article any one can say that Indian footwear companies are growing rapidly.

All of this happened because the Indian companies recognized the market demands and requirements.

They formulated their strategies keeping in mind these needs and demands.

On the other hand, the growing tendency of consumers to buy products made by Indian also benefited the companies.

As a result, companies focus on making products in India. That’s why Indian companies are now focusing on improving manufacturing more than ever before.

While all this is slowly progressing in India, let us also be a part of progress by buying as many products as we can from an Indian companies.

I always say if any Indian made products of Indian company provides you value then please try to buy it. If does not, then you can go for other options.

Finally, I hope you got everything that you want. Please do share your thought in comment section.