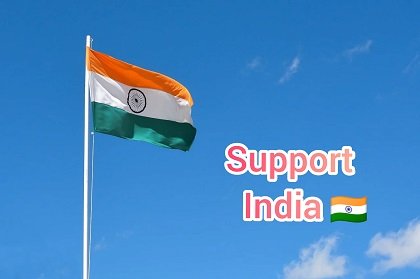 How to avoid buying Chinese products in India? Is it possible?

Everyone wants to know, how to avoid buying Chinese products in India?. Today the entire world stands against china because of corona disease.

Consequently, the whole world suffering from the bad impact of COVID-19.

As a result of it, India is trapped in more trouble such as economic, unemployment, financial, etc.

Hence, I will try to give every possible way here about avoiding Chinese.

In this article, my main aim is to represent only positive things about India rather than spreading negative thoughts.

These negative thoughts have been continuously spreading on the internet based on analytic reports of China-India import-export.

Yes, I know today India import more from china. But if we wasting time only on counting past and current situations, then how it can be possible?.

Also, how we are going to ban Chinese products in India?

Can Indian government stop the supply of Chinese products in India? if no then reasons behind it?

The answer is “NO”; according to world organization rule, any government doesn’t have the rights to stop imports.

So, to stop any import government should have valid reason against that particular country.

But people of this country have the rights to purchase it or not. So, if we don’t buy them, the import will easily reduce.

4) Is it possible to avoid buying Chinese products?

Firstly, Change your Priorities of purchasing products from china to India made.

Secondly, Find the all made in India products list which helps you to reduce your branding confusion.

Similarly, Give priority to our own country first and second priority to non-Chinese products.

Find a list of all made in India products as an option for Chinese.

So many options are there but our people, not even trying to reach. For example, Chinese toy companies sold 80-90% of products in India.

lots of times they have toxic concern issues about toys. At least for your child health, change your attitude of buying.

Indian toy companies have more quality than china but fall into losses as we don’t buy them.

last 5 year’s Indian toy-making companies have been closed because they can’t compete.

What we used to say always “India doesn’t provide good quality of products” is it right to say this?

# local and near businesses:

find local products near you which will be best choice for you.

Also, the government is dedicated to focuses more on enhancing local businesses.

The slogan “vocal for local” may be a turning point for our country.

Local products near you are also the best option to boycott China and provide employment.

Further, if you don’t have a perfect option, then non-Chinese products are there for you.

Because all non-Chinese companies investing in the Indian market.

It means helping India in manufacturing sector and for boycotting Chinese products at the same time.

Companies like Samsung, Apple, Nokia, etc have started their manufacturing in India.

As you can see, Samsung India provided one of the largest numbers of jobs to the Indian people.

I will explain to you with one example, “Raksha Bandhan” occasion 2020”

The current year 2020: Corona disease wrong effects refresh the campaign of boycott china products. Additionally, critical situations at the Ladakh border created by china add up more intensity into it.

As a result of this, in the year 2020 made in India Rakhi sold up to 4000 crore that means china lose this amount.

4000 crore is not a large amount for china but still, it is push moment for local businesses.

It’s about a tiny change that can affect everything in a hug system.

What do we learn from the above example?

All the time we need not think about boycotting china rather than that we need to think about supporting Indian products.

Indian consumers should be reduce buying of Chinese products.

Promote local product “vocal for local”. Also support Foreign countries who manufacturing in India because they provide help to the Indian manufacturing sector.

Implementing your own business will be the best step towards the “Atmanirbhar Bharat” vision.

Spread Positive things about your country rather than making negative sentences.

Please support India to reach the global market in the top position.

We can boycott Chinese but facts show more difficulties that India needs to replace with possibilities.

We get only half of the amount as compared to China in return.

It means china gets 60 billion US dollar from India and India gets approximately 30 billion dollars as a return.

China holds up a first position as the largest economy in Asia on other hand India holds third position.

Moreover, In the world china is in 3rd position and India stands at 11th position.

Clearly, Indian profit also dependent on china but avoid it to raise India in future for a lifetime.

how we can succeed?

India needs to enhance the bilateral trade related to the rest of the world.

Additionally, the Government should have target to develop schemes to improve relationships with foreign countries.

Our government has focused more on producing goods for the last five years.

So, Developing India can make a revolutionary effect on employment growth also.

Yes, India has been affected by boycotting Chinese initially but will not last for a life long.

4) Is it possible to avoid buying Chinese products?

‘Possible’ word is most important while doing anything in life. For my India, it’s possible to boycott Chinese products but sudden change can affect us too.

Meanwhile, Apart from boycotting, if we focus on producing Indian goods can reduce dependency on China.

The ruling of Chinese products can’t stop until We Shift products buying priorities from china to India.

Whole world countries got failed in mars mission on their first attempt. When India thoughts about the launch of mangalayan, neighbors of our country said “it’s impossible for India”.

Lots of missions to the red planet ended with hug failure, including china 2011 America 1964 and Japan 2003.

No one had succeeded in the previous launching of a spaceship into orbit on his first attempt.

India is only a single nation that reached mars in the first attempt.

Most importantly, A critical mission with the smallest budget accomplished by our 17000 scientists.

“Everything begins with a dream”.

The government already started to build a self-sufficient India and interested more in enhancement of local products under “Atmanirbhar vision”.

Additionally, open up the door for foreign investors under make in India scheme.

The government only succeeds if Indian consumer supports them with a change in buying habits.

In conclusion, boycott only possible when India has a variety of products.

Hence, the Indian government has been involving so many schemes for encouraging Local products for last five years.

The following initiatives are taken by the Indian government.

Also, foreign investors are more interested in an increase in manufacturing units on a large scale in India.

Below steps in make in India scheme:

Semiconductor manufacturing: A most important step, to manufacture semiconductors in India taken by the government in the year 2020.

Apples (American company): iPhone 11 manufacturing started near Chennai under made in India identity. companies like Amazon, Citibank, ford India, google looking forward to a built alternative to china in India.

German companies: Over 600 joint ventures indo-Germany includes big companies like BMW, Volkswagen, SAP, etc. (FDI) investment of Germany has increased by 40% in 2013-14 and has reached approximately US $ 4 billion till 2017-18.

FRANCE companies: India and France have had strong business relations over so many years. Trade increases US $ 16 billion by 2022 and Indian defense has large joint venture manufacturing like Dassault Rafale. Also, Smart cities mission ( the US $112), AFD, etc going under India-France ventures.

Above all industries provide thousands of employment per year to Indian people.

Besides, Government Looking forward to making India globally strong so India can compete with China.


Steps of the government to become self-reliant India are far better than the ‘boycott China’ tag.

Meanwhile, if we produce enough goods “made in India” in the future, the roots of china weaken automatically with a period.

Following decision are taken in year 2020 under the “atmanirbhar Bharat” vision:

Defense ministry : they announce an “imports of 101 item ban” which will be a big push for atmanirbhar vision.

Are you ready to join the revolution with us? On 15th august”. Likely to launch made in India mobile by using 50-60% Indian material.

PPE kit : Best example of self-reliant India, As you can see a production of PPE kit from 0 to 1,50,000 pieces per day in the staring of may.

WHAT IS THE PRODUCTION LINKED INCENTIVE SCHEME?

It was started on April 1/2020, for the manufacturing of electronics on a large scale.

The Ministry of electronics decided to raise the position of India in the global market.

Meanwhile, the government enhancing and providing financial support to the Indian electronics industry.

Co-founder of Micromax Sharma said, Because of the new PLI scheme we able to fight Chinese brands fiercely on the pricing front.

The confederation of all India Traders (CAIT) with country merchants has executed a new campaign “India goods-Our pride”.

In other words, the idea is about replacing Chinese goods and at the same time manufacture them in India.

CAIT provides the 450 categories with 3000 products list to manufacture it in India.

The main aim is to create a substitute product in place of china to reach a target of replacing 30% of imports from China.

Also, 60 apps of china were banned in India and recently in September other 118 apps banned by Indian government including pubg also.

1. For making India self-reliant, self-dependent, self-sufficient and much more.

2. To reduce the gap of trade deficit between India and China.

3. It will help to promote most underrated local business.

4. May be Overcome the problems of unemployment as the increase of businessmen in local area .

5. It will motivate our industrialist to set up manufacturing for large production.

7. Emerging new technology and developments for the future of India.

8. Our 20 soldiers were killed at the LAC border, china feels India can do nothing as we  more dependent /(imports) on them. hence, this is the right time to show Chinese, what India can do.

9. Supporting Indian products should be the main target of each and every Indian.

10. Most importantly, to build a strong position in the global market.

Our India need support from us. As everyone is saying on the internet that China cannot be boycotted but we can support India. If we want to empowered India, we must put the old things behind us and give priority to Indian products. Not only that, Indian companies like Micromax and Lava are now starting manufacturing in India. Also, Pure Made in India headphone brands like evidson are also available. In the same way, Indian companies are expected to reduce imports from China and make everything in India.

Hence, all you need to do is change your mind so the country will change automatically.

2 thoughts on “How to avoid buying Chinese products in India? Is it possible?”